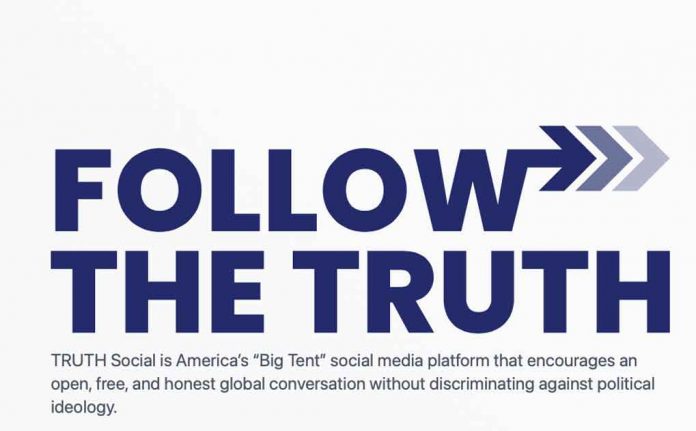 After former US President Donald J. Trump was banned from Twitter and Facebook following the January 6, 2021 riot at the United States Capital, and ‘The Donald’ had left office, he promised he would develop a new social media company.

The Truth Social is owned by Trump Media & Technology Group, which is chaired by Donald J. Trump.

When the network was announced Trump said it was to combat the tyranny and power of social media giants.

Truth Social, which says it is the “Big Tent,” was developed by the former president’s new media company. It’s available on Apple devices and says it will be in Google Play Store soon.

The network has a 12+ rating on the Apple App Store.