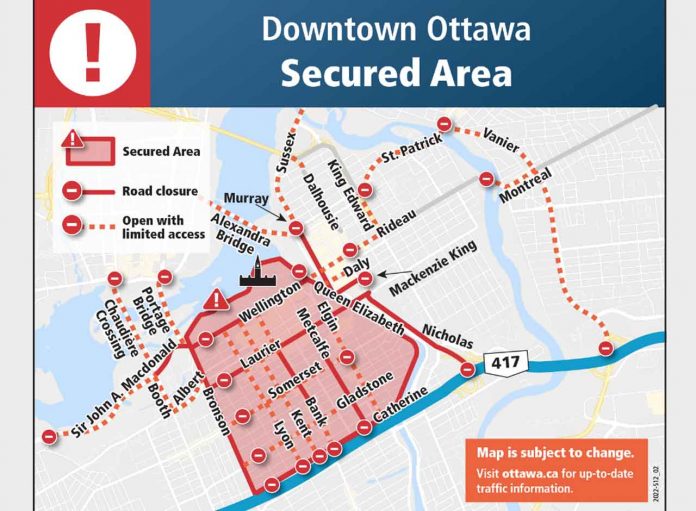 THUNDER BAY – The ‘Freedom Convoy’ and the 21 day protest in Ottawa has been a divisive moment in time of Canada’s story.

Almost every Canadian has an opinion on the issue.

From the most hard-core supporters, this moment is one where the Trudeau government, and the Prime Minister have shown total distain for the rights of Canadians.

Today, Parliament was closed to allow Ottawa Police to in effect dismantle the protest that has gridlocked downtown Ottawa for three weeks.

Ottawa Police are in process of making arrests and towing vehicles.

The vast majority of the comments are in support of police.

Former Canadian Alliance leader Stockwell Day, who has been retired from active partisan politics since 2011 has waded into the discussion today via Twitter:

This has to be one of the most critical moments in Canadian democracy. MPs were told they’re not allowed to go to Parliament Hill!?And they all obey?!Citizens around Ottawa are being told to stay away! And they obey? Please is there not one MP in the country who understands? https://t.co/6BmZJ6kBkL


This comment has generated a great deal of discussion.

Two possible explanations. It’s another Tienanmen, thousands of people are being slaughtered as we speak, and the media are covering it up.

Or it’s not Tienanmen, and you are a lunatic. https://t.co/DkrIyqnfrr

Meanwhile two of the ‘Freedom Convoy’s’ leaders have been arrested, and Ottawa Police have put in an exclusion zone around downtown Ottawa. 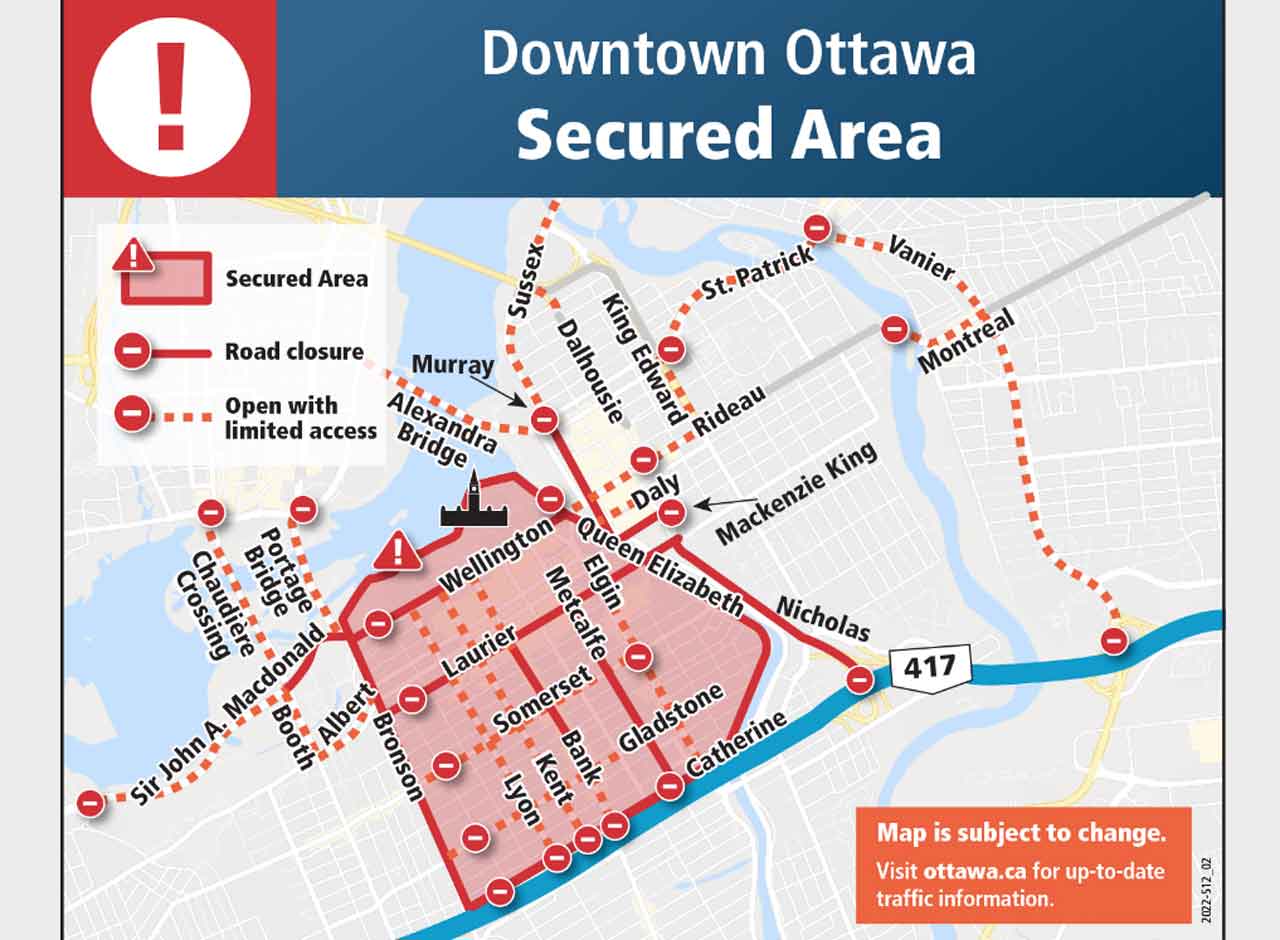 What you are seeing are Public Order Units in a line formation. Protestors are continuously being told to leave, or they face arrest.
You will see the line slowly moving forward to give people who want to leave the opportunity to do so.
#ottawa #ottnews pic.twitter.com/5hUo9NuuNi

The protesters continued their assaultive behaviour with the police line, to prevent an escalation or further injury, mounted officers were sent in to create critical space between the police line and protesters. This is done to create a safe distance. pic.twitter.com/PUIj7w1rwc

One of the protestors threw a chair at the legs of one of the horses, that individual was arrested.

What is to come?

What is likely to be the real issue once the authorities clear the protestors, will be the analysis of just how police and authorities allowed this to happen.

There have been many protests on Parliament Hill over the years. This is the first time a protest has been of this scope and scale with streets blocked by vehicles, and with the level of

Chances are there will be new rules, and restrictions put in place to protect the Parliament.

They will likely be further restricting access to Parliament Hill. That is what happened in Washington DC following 911.

While critics of the Prime Minister complained that ‘Justin Ran Away’, the truth is more likely that his security detail were through the intelligence gathered letting caution be the better part of valour.

With the MOU that the ‘Freedom Convoy’ published: Link Here: It was unlikely that the Prime Minister would meet with the organizers.

What appears to have happened since the protestors arrived in Ottawa is that Prime Minister who is accused of waiting too long to act, was perhaps waiting for the shift in public opinion to happen.

People in the Ottawa downtown spent three long weeks with the first weeks being very noisy with truckers blowing their air-horns night and day.

People launched a class action lawsuit which has grown over recent weeks.

Ottawa Police Block off Parliament Hill Due to Police Operation