Home Living People Can Be Late Bloomers in Finding Their Purpose According to Manzoor... 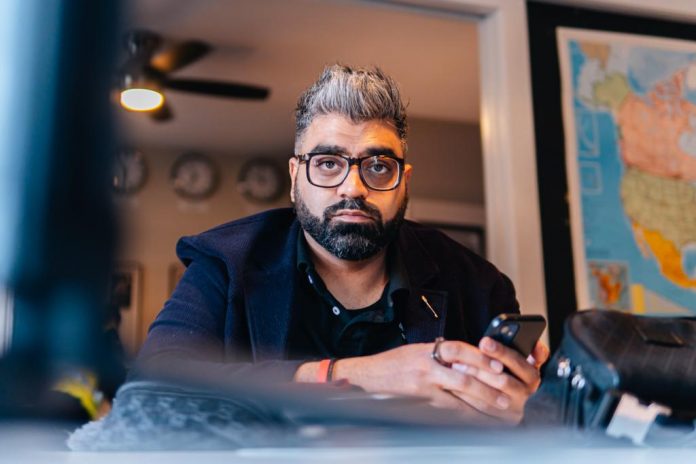 These are just some of the words associated with the word calling.

However, no matter how many words are used to define it, it’s not necessarily easily attainable, nor is it easily decipherable. Some even live their lives without ever finding out their true calling, and others are late bloomers when it comes to finding their purpose.

Purposeful living and finding your calling are important beyond the idea that they will make you happy. A study by the University of Michigan School of Public Health, Ann Arbor, even found that a stronger purpose, or calling, in life is associated with lower mortality.

The King of Rock Elvis Presley, self-taught photographer and Humans of New York founder Brandon Stanton, and Debbi Fields, who’s most notably known for her tasty homemade cookies, are all people who’ve found their calling.

Manzoor Syed, a second-generation real estate developer from Ottawa, also belongs to this shortlist. Syed found that after everything he’d gone through, his calling was still in real estate. But before he reached that conclusion, Manzoor Syed had experienced his fair share of challenges.

Now the big question is: How exactly does one know that they’ve found their calling?

Syed gives three-pointers to help figure this out.

At a young age, Manzoor Syed was thrown into the real estate industry by his father, who’s been in the property business his entire life. Despite this, real estate wasn’t his calling from the get-go. Syed ventured through various industries before finally circling back to real estate. He earned a black belt in Taekwondo, he owned and managed a barbershop and a music school, and he even dabbled in the apparel industry, releasing his own clothing line.

Manzoor Syed explained that it’s difficult to find your calling if you don’t put yourself out there.

“Don’t just get trapped in your head,” says Syed. “I think a lot of people count themselves out in their head before they even try something.”

So, if you still don’t know you’re calling, be willing to try everything out, just like Manzoor Syed.

Not all of Manzoor Syed’s ventures succeeded. His retail store, for example, failed miserably after six months. But that didn’t faze him at all.

Syed says that one must be okay with failure. It’s crucial to take failure as a lesson that makes one better in life. For him, without experiencing and failing in the retail space, he would never have returned to the real estate industry.

“The good thing in all of this was that I realized that I should be in real estate,” shared Syed. “People would come to the store to get a haircut, and then we would end up chatting for like an hour about real estate, real estate investing, and how to get involved in real estate.”

Manzoor Syed says that your calling is ultimately something you’re good at. If you’re good at something, do it. There is no point in trying to escape that. Try it out and if it doesn’t work, go back to tip number two.

For him, no matter how much he tried to escape real estate, he found himself circling back to the industry because he’s just so good at it. But he didn’t just take over his dad’s business. He’s building his own. Manzoor is focused on solving affordable housing and coaching others to find their place in the industry. This is what calling is all about. It is about finding your place in the world while helping others along the way. It’s not a surprise that he ended up here. After all, he was trained to be a part of the property sector before he could walk.