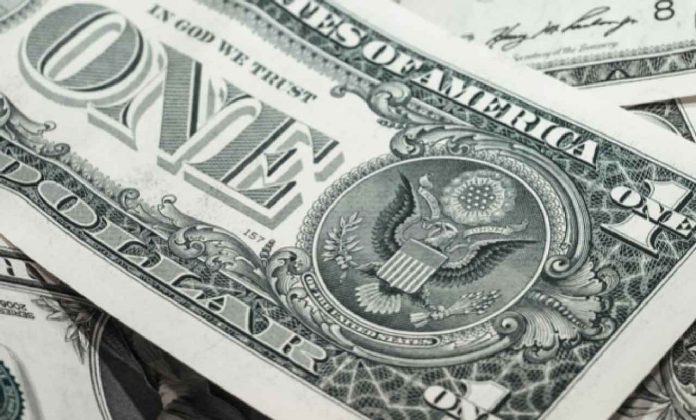 The dollar will lose its status as a world reserve currency, experts of one of the largest investment banks JP Morgan Chase say, and this will happen quite soon. Why are the world’s leading financial institutions ready to sign a verdict on the dollar?

World Central Banks drive the American currency out of reserves, and the US credit policy is capable of finally burying it.

Nearly 62 percent of the world’s foreign exchange reserves are held in dollars, more than double the total foreign assets denominated in euros, yen and renminbi, according to a recent report from the International Monetary Fund.

However, as Jim Glassman, chief economist of one of the leading American banks JP Morgan Chase, points out, the accumulation of dollars abroad is now the result of a trade imbalance and an instrument of protection against erratic market conditions, but in no way a consequence of confidence in the dollar.

Trade imbalances help strengthen the currencies of developing countries, making their exports more expensive in the global market. To prevent this from happening, emerging markets often reinvest surplus in dollar-denominated assets, such as bonds that are denominated in dollars and traded in the US markets.

The analyst reminds us that no reserve currency has been eternal. The dollar has dominated the world for almost a century. Although it is believed to have replaced the British pound as the international reserve currency after the signing of the Bretton Woods Agreements, this is not entirely true. The value of the pound was undermined long before Bretton Woods, the economist emphasizes.

Dollar Falls Back in Trading

No wonder the dollar has always been the main currency when it comes to FX trading. Plenty of people use USD/EUR, USD/GBP currency pairs in trading. However in the past year, the dominance of the dollar has been diminishing. Various tools such as the best indicators for 1 minute chart among others are used by many individuals in order to increase the chances of generating more money trading. Taking into account that the USD can be barely predicted considering it’s high volatility, such measures are really handy.

The dollar’s strength was associated with the creation of the Federal Reserve System, which fostered more mature capital markets and nationally coordinated monetary policy – the two pillars of reserve currency states.

Ultimately, the dollar acquired this status thanks to the strength of the American economy, but the current situation is by no means conducive to strengthening its position or even maintaining it. The dominant role of the American currency is undermined by the powerful development of Asian economies.

As noted by Jim Glassman of JP Morgan Chase, the main driver of economic growth is now shifting towards Asia. At the epicenter is China, which has quadrupled its share in world GDP in 70 years, to almost 20% (the United States has 24%).

In the coming decades, the global economy will move from the dominance of the US and the dollar to a system in which Asia has more power. In the currency space, this means that the dollar is likely to fall in price against a basket of other currencies, including gold.

Dollar Falls to a Minimum

Data on foreign exchange reserves of the world Central Banks demonstrate a protracted weakening of the role of the dollar. In 2018, according to the European Central Bank, the share of the American currency in international reserves fell to 61.7% – the lowest in 20 years.

As the ECB notes, the dollar is still the world’s reserve currency, but its leadership has noticeably faltered. Since the global financial crisis of 2008, when central banks held the maximum of the American currency, it has fallen by seven percentage points.

In 2018, developing countries were especially active in selling US dollars and US government bonds. Russia has become one of the leaders. After the next sanctions from Washington, Moscow sold 100 billion in dollars and bought almost 90 billion in euros and yuan.

Argentina, China, Hong Kong, India, Indonesia, Thailand and Turkey have dumped nearly $200 billion of Treasuries. Some urgently needed cash dollars to stabilize their own currencies, while others are abandoning American assets due to conflicts with Washington.

American regulators admit that the loss of the national currency of world leadership threatens the country with big problems.

The current status of the dollar as the main reserve currency allows us to isolate the economy from external shocks.

So far, the dollar positions look good. As the famous financier Ulf Lindahl, head of A. G. Bisset Associates, specializing in currency market research, recalls, the American currency is holding at record levels over the past 30 years.

However, Lindahl is confident that the picture will soon change and the dollar will enter a long-term downtrend. According to the financier, in the next five years, the American currency will depreciate against the euro by 40 percent.

According to JP Morgan’s calculations, the Fed will not be able to reverse this trend under any circumstances. Ultimately, the dollar will fall for many years. By the second half of next year, we will witness a radical weakening of the national currency, analysts of one of the largest Wall Street banks are sure.