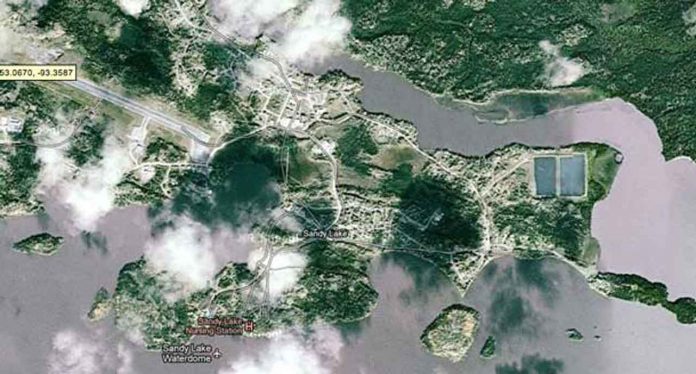 SANDY LAKE FN – NEWS – Sandy Lake First Nation has confirmed that three children died in a house fire that broke out on January 13, 2022 just after 11 PM.

The Sandy Lake Fire Department and volunteers, Chief and Councillors, Nishnawbe Aski Police Service officers and community members responded quickly to help. They were unable to safely enter the burning structure as the home was already fully engulfed in flames.

Chief Delores Kakegamic says, “A lack of adequate water lines and infrastructure prevented use of fire hydrants. Only one water truck was operational to feed the fire truck. Proper resourcing is not available to service all fire and safety equipment. Firefighters did not have masks and filled oxygen tanks to effectively put out the fire in time”.

“Our volunteers did all they could with what they had. We should have the same level of support as anyone else in Canada. Lives are at stake”.

Parents, Delaney and Cassandra Meekis and their sons aged 12, 10 and ten months old survived the fire but the family has lost everything.

Donations to support the family for clothing and other immediate supports can be made by E-transfer to slbroadband@sandylakefn.com

Sandy Lake is thankful for the outpouring of support and prayers during this difficult time. Sandy Lake is a close-knit community with kinships with neighbouring First Nations. Visiting and supporting each other is a challenge as the communities deal with COVID-19 restrictions.