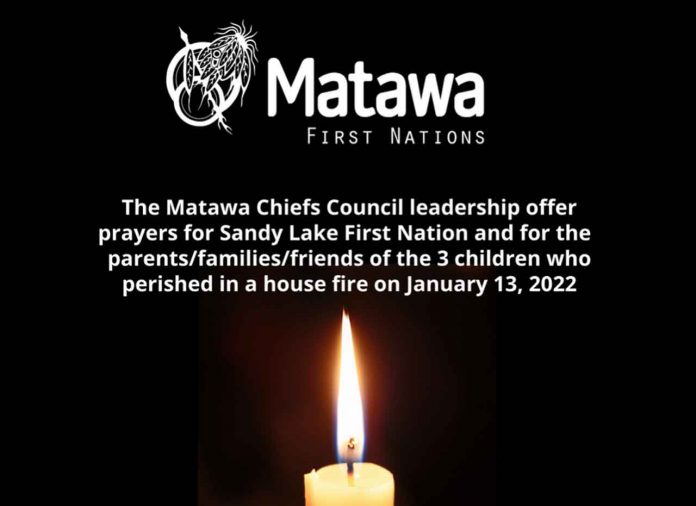 We echo and unequivocally support Chief Kakegamic’s call for adequate resources for fire and emergency services. Indigenous Peoples having a 10x likelihood of dying in a house fire than the rest of Canada is a statistic that is completely unacceptable. It is time for the country to come to terms with the fact the public safety laws were not written with the housing and community conditions of First Nations in mind.

It is clear that recommendations provided to governments on fire and emergency services are resulting in actions that are not moving fast enough. We are hopeful that the Office of the Chief Coroner and the Ontario Forensic Pathology Service will produce findings that will lead to fast-moving changes that will shake-up the system. Again, we offer our sorrow to all who have been affected by these three untimely deaths.”