Home Entertainment How MiG Arogan Is Becoming a Force to Be Reckoned with in... 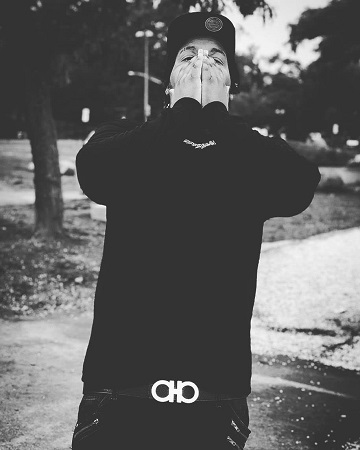 As one of the premiere Hatian-born rappers of the new millennium, MiG Arogan is continuing a musical legacy set forth by his father, Thomas Asabath, who managed a roots/reggae band called the Brothers Posse. Arogan is distinguished by his innate ability for freestyling, which gave him a leg up in his desire to become a part of the gangster rap scene.

With 50 Cent as his role model to fulfill his desire to be the epitome of a gangster rapper, Aragon released his  “Bo Kotem Pa Paradi” mixtape in 2012, which positioned him as a favorite among rappers from Port Au Prince. Arogan moved to NYC the next year to take his career to the next level, releasing singles “Addicted To Money”, I Got It” and “Ice Cream”.

At this same time, MiG was recognized by Hip Hop Weekly as one of the highest paid Haitian artists of the new millennium, which preceded his latest visual release, “Blazed Up”, featuring his little brother Silow Capone.

Look for MiG to be an international force to be reckoned with for some time to come. He’s living off of more than the love of the music. He motivated by a legacy.