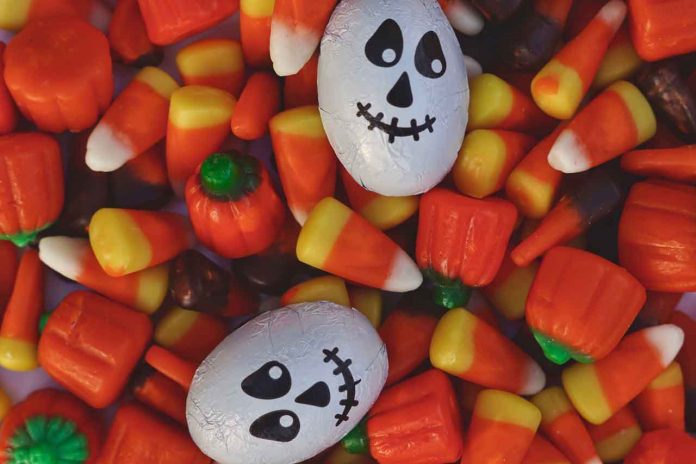 TORONTO – NEWS – Stepping out for Trick or Treating, on Friday, October 29, 2021, injured workers and their allies across Ontario will go “trick or treating” – with a twist – to their MPP offices.

Jenny Tang, an injured worker from Toronto says: “I will dress up as the ghost of Justice Meredith, the founder of our worker compensation system from over 100 years ago. He spoke of justice. Now the WSIB speaks of denial. It’s got to change.”

Treating injured workers right and with fairness is something that needs immediate action from both the government and the WSIB.

Instead of the usual treat of sweets, injured workers will demand that they be “treated” with dignity and respect by a compensation system that shows a lack of justice and support for them. As a result of the WSIB’s policies and decisions, more and more injured workers in Ontario end up in poverty, especially if they become permanently disabled.

In visiting their MPP constituency offices, injured workers and their allies will deliver a letter that demands that the barriers to just “treatment” and compensation be removed. These barriers that need to be removed, include: 1. the system of “deeming”, or pretending that injured workers have post injury employment when this is not the case; 2. the dismissal of workers’ treating physician’s medical opinions; and 3. the so-called “fishing expedition” used by the WSIB to look into a worker’s medical past to deny and/or limit compensation for injuries.

Victims of occupational disease and permanent disablement, migrant workers and racialized communities are among the various groups seeking redress from the compensation system.

Injured workers also want to put political parties on notice that the upcoming provincial election must centralize health and safety and just compensation for those that pay dearly for their hard work.

Willy Noiles, President of the Ontario Network of Injured Workers Groups (ONIWG) says: “If Premier Ford honestly wants to help hard working Ontarians, he need look no further than injured workers, who have given blood sweat and tears to Ontario’s economy. But giving WSIB’s surplus money back to employers instead of re-investing it into injured workers is a complete slap in the face.”