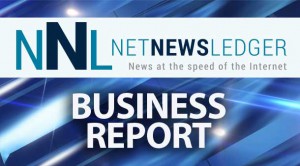 THUNDER BAY – NEWS – The Ontario Network of Injured Workers’ Groups (ONIWG) is outraged to learn that, despite widespread and vociferous opposition, the Ontario government has re-appointed Workplace Safety and Insurance Board (WSIB) President and Chief Executive Officer I. David Marshall for another two years. In an open letter to Premier Wynne, ONIWG is asking the “social justice Premier” why, she has chosen to exclude injured workers from her vision of a fair Ontario by re-appointing Mr. Marshall.

This year saw a number of scandals and explicit attacks against injured workers, with recent changes to policy and practice forcing thousands of injured workers onto social assistance and into poverty. Mr. Marshall has been the main architect of the transformation of the WSIB into an institution that is hostile and contemptuous of people who have been injured or made ill on the job – the very people it is supposed to help.

“Premier Wynne’s government had the chance to make a real change in the lives of injured workers by not re-appointing Mr. Marshall,” charged ONIWG President Eugene Lefrancois. “But instead, it turned its back on us by re-appointing the head of the administration that has trampled on our  rights for the past five years.”

The affront to injured workers is exacerbated by the fact that Mr. Marshall is in line to receive a $400,000 bonus on January 24, when his first term officially ends. The bonus is to be awarded just a few weeks after injured workers were informed that they are slated to get a meagre 0.5% cost of living increase to their compensation benefits in 2015 – meaning they will be losing money in real terms.

“The hypocrisy is stunning,” added ONIWG Secretary Catherine Fenech. “How does this fit with the government’s supposed commitment to curbing exorbitant public sector executive salaries? We’ve lost confidence in this WSIB administration’s ability to act fairly, and we need to see some accountability.”