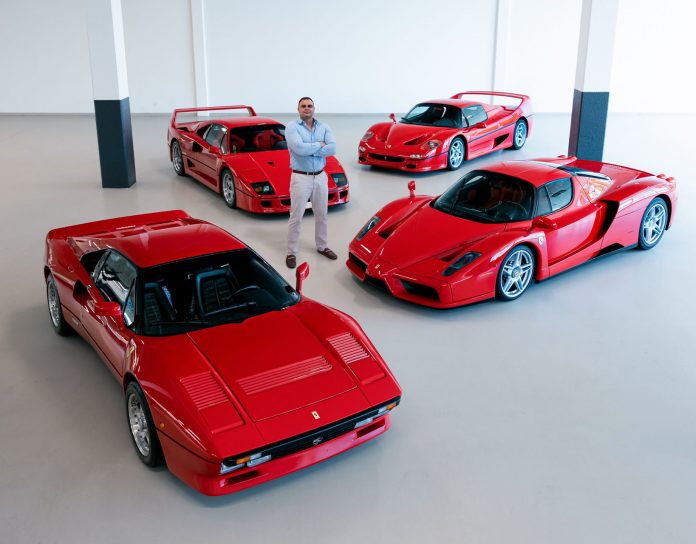 Lecha Khouri is an internationally recognized car collector and the founder and host of the car show known as Supercar Advocates. Popularly known as Lee by his fans and followers, he has always been hugely fascinated by cars. As a young twenty one year old, Lee remembers fancying a pre-owned Ferrari. Even though he didn’t make much at the job he had at that time, he worked extremely hard and got the Ferrari. This was a landmark event in the life of Lecha Khouri because from day onwards, a journey towards a huge car collection had begun.

Lecha Khouri’s show Supercar Advocates is widely popular among the car communities across the world. The show takes the viewer through the whole experience of buying and driving the world’s best supercars. The adventure and adrenaline that the show offers is a treat to car lovers. As for Lecha, hosting the show and being a part of it doesn’t feel like a job.

Lecha Khouri’s car collection consists of some of the rarest restored classics and numerous supercars like the marque Ferrari, a couple of Porsche 911’s, Lamborghini, Bentley, a single Maserati and his most favourite, the Ferrari F40. Lee is known to trade and sell some of his cars when he feels like moving forward and making new additions to his huge collection.

Lecha Khouri is also the CEO of the Fenlan Group which is a privately owned company that deals in various industries of real estate, investment and property development. Talking about his work here, Lee says, “As it’s said that with great power comes great responsibility, I am extremely dedicated to the growth of the company. Even though it gets draining sometimes, I take responsibility very sincerely.”

“I strongly believe that zeal has propelled me in life. Everything ranging from Supercar Advocates to my car collection to my work in the company has come this far because I’ve always maintained the passion. I believe in truly being appreciative of life and living everyday to its fullest. When you’re enthusiastic, everything flows easily,” Lee adds.

Recently, Lecha has added some hypercars like the LaFerrari, McLaren P1, Porsche 918 Spyder and the McLaren Senna XP to his car collection. As of today, Lee has a total of 54 high end special cars.

Revolutionizing the car collection scene of Australia, LechaKhouri continues to advance as a successful car enthusiast, car show host and CEO of an accomplished company.