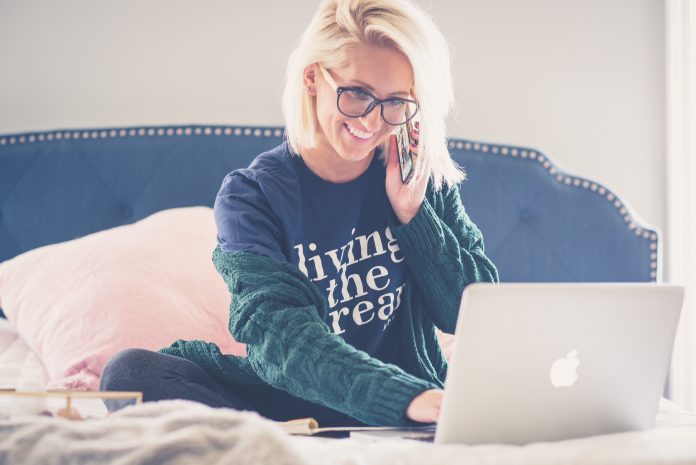 Forging a successful career in sales was no mean feat for Andrea Samantha. Dealing with personal challenges and trauma, the only thing she knew was to keep pushing forward.

Andrea, a top income earner at Monat global, is motivated to further her passion through her coaching business. Her key to success has been not giving up. “I make goals and don’t give up until I get there. I’m passionate about what I do and don’t hold back. I’ve learned how to lead a lot of different personality types and want to inspire people to overcome what holds them back from being successful.”

When Andrea began her career as a hairstylist, she worked tremendously hard to maximize her sales and grow her clientele further. Seeing how things were looking up for her, she finally set up a wedding hair and makeup business. “Being a hairstylist, I was commission-based, so I’ve always had to be on my game to grow my clientele and be the base to maintain them. I’m a creative, so I’ve dabbled on Etsy and had my own wedding hair and makeup business before starting MONAT in direct sales.”

During her four years at MONAT global, Andrea earned one million in commissions which landed her a spot on the million-dollar club earners’ list. After achieving a huge milestone in her career, she entered the coaching field to assist people in becoming top sales leaders. As a private coach, she uses her social media to promote her brand and train her team of thousands to become top sales performers. This way, Andrea has also been able to establish several streams of income that reduce her financial burden and allow her to manage her time effectively.

According to her, women are capable of attaining anything they want. Andrea strives to live up to the notion while also helping others become better versions of themselves. As evident, she isn’t the one to let challenges bog her down so quickly. Instead, Andrea takes it upon herself to carve out different pathways in the face of difficulties. “I am divorced and have two kids. My marriage was terrible and held me back. I am proud of the work I do on social media, my podcast, and everything I’ve done to continue to grow myself and my team.”

As of now, Andrea has a few goals lined up. One of them includes becoming a public speaker on business-related aspects and overcoming trauma. She also hopes to coach companies on different ways to boost their revenue and raise a healthy working environment.