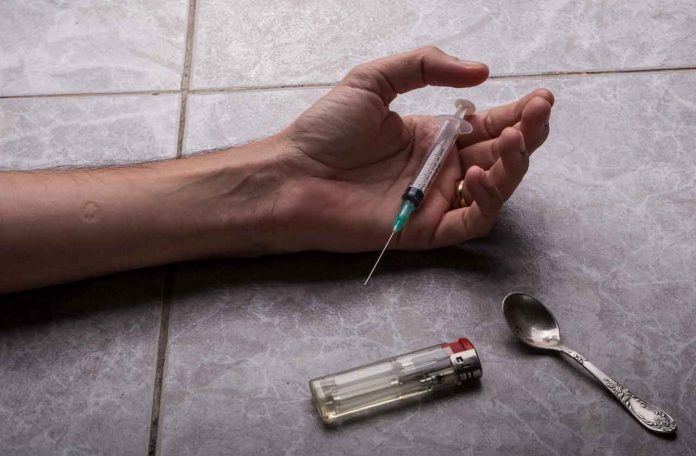 An Average of Three Overdoses in Thunder Bay Each Day

Thunder Bay – HEALTH – On Friday, the Thunder Bay District Health Unit issued an alert on the number of opioid related overdoses in the City of Thunder Bay.

The number was lower on Saturday but spiked up to seven reported overdoses on
Sunday.

There are an average of three overdoses dealt with on a daily basis in Thunder Bay. That would mean in the course of a year there are almost 1,100 overdoses in the city.

EMS states that there are likely more, as some are not reported.

The release on Friday warning drug users was issued in response to the spike in numbers.

Superior North EMS has no specific evidence of a bad batch of drugs in the city, but the spike in overdoses says there is something happening.

The number of deaths from overdoses is up significantly in the city according to Superior North EMS, but there is no total to report at this time.

The Thunder Bay District Health Unit says, “Have you had an unexpected bad reaction to a street drug? Report bad drugs at www.tbdhu.com/baddrugs. Your report will be anonymous.”

“Don’t use drugs alone; use with someone you trust, visit Path 525 @ NorWest CHC or download the Lifeguard Digital Health App.”

Lifeguard Digital Health is pleased to announce their life-saving overdose prevention app is expanding into Northwestern Ontario through a pilot project started this past Spring.

The Lifeguard App provides support to people who use drugs with a direct link to emergency responders if an overdose occurs, which could save their life. According to the Public Health Agency of Canada, Ontario reported over 2000 opioid-related deaths in 2020, reflecting an increase of 59% compared to the same period in 2019.

As part of Northwestern Ontario’s integrated approach to mental health and addiction services, the Lifeguard App will be accessible to the region’s over 200 000 residents.

Juanita Lawson, CEO of NorWest Community Health Centres said when the app was first released in Thunder Bay in April of 2021, “With our commitment to primary health care as well as prevention, the Lifeguard App provides an innovative solution to the ongoing overdose crisis. By incorporating the Lifeguard App into the services offered in our region, we are confident we can not only save lives, but nurture safer, healthier communities. We are pleased to be working in collaboration with our community partners and in particular, Emergency Medical Services.”

The Lifeguard App is activated by the user before they take their dose, with a one-minute timer. The alarm time can be extended up to five minutes but if the user fails to hit the stop button, the alarm will grow louder until a text-to-voice call goes to emergency medical dispatchers alerting them of a potential overdose. This crucial connection to EMS services can be the difference between life and death.

The app also provides users with important support should they come across someone who is overdosing; this includes a Naloxone Guide and CPR instructions, so that anyone present can assist before the ambulance arrives. In addition to these supports, the app also includes links to 811 for medical advice, a suicide line, and a crisis hotline, helping people to connect to the right support at the right time.