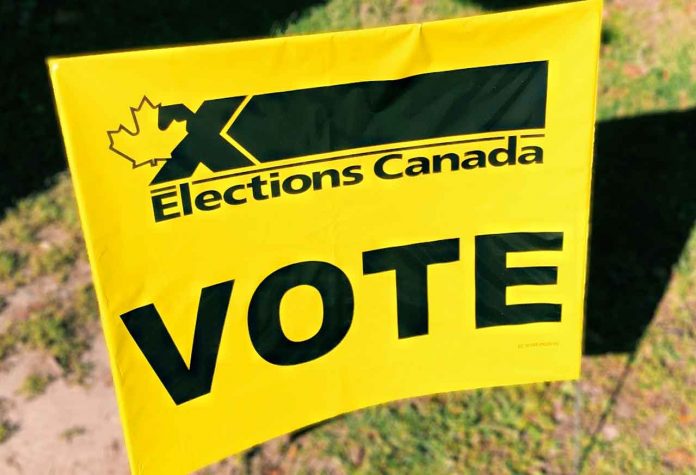 Thunder Bay – POLITICS – Election 2021 has seen a number of incidents that are not the normal course of events in Canadian elections.

The Prime Minister has been facing a growing number of instances of people yelling obscenities at the Liberal leader.

In Thunder Bay-Superior North, Liberal candidate Patty Hajdu has faced what the candidate said was harassment.

Hajdu said, “The harassment that my young volunteer and I faced in Geraldton poses a threat to respectful political conversations and the full participation of women in politics. Intimidation tactics like the ones used by this candidate’s team were meant to drown out my ability to speak to voters, to mute their voices and to dissuade them from their rights to engage with any candidate they choose. This intimidation of candidates and of voters is not who we are here in Canada.

“Voters, candidates and volunteers all deserve to participate in elections that are about the exchange of ideas, free of violence and harassment”.

BREAKING: Protestors heckle Justin Trudeau as he arrives on scene for his housing announcement in Surrey B.C. Being called “coward” and asked to account for missing jobs. ????????

The level of campaign discourse appears to be increasing.

The Green Party of Canada is calling attention to the disturbing and potentially dangerous reality facing public figures working in today’s political landscape, particularly on social media where bigotry and misogyny are perpetrated with impunity.

“Most of the security threats are online,” said Ms. Paul. “We haven’t had any hecklers showing up at rallies or press conferences. However, there have been online posts proposing to come and disrupt our in-person events. Recently, there was an entire Facebook thread, on a public group, proposing that someone come and assault me at one of my events.

“Social media makes it much easier to rile people up and to provoke people into extreme acts. The hate that has been directed at me and other candidates is alarming. There needs to be more accountability. We need to do better in developing community education strategies and outreach programs to help address bigotry and misogyny.

A United Nations report earlier this year indicated that efforts to curb online hate appear to be failing and that in fact such attacks are increasing, not diminishing, particularly against minorities.

“The RCMP should have offered a security detail to all leaders, and I certainly hope that someone is monitoring the online threats,” said Ms. Paul. “We keep an eye out the best we can for anyone who might be attending an event simply to disrupt. Sadly, many who might potentially consider seeking public office are discouraged from doing so for fear of the kind of vitriol they and their families are likely to encounter.

“Imagine the brilliant pool of public servants Canada is missing out on because we cannot protect them from such despicable harassment. We need to do better. Social media corporations must be held accountable for the venom that is being disseminated every day on their platforms.”