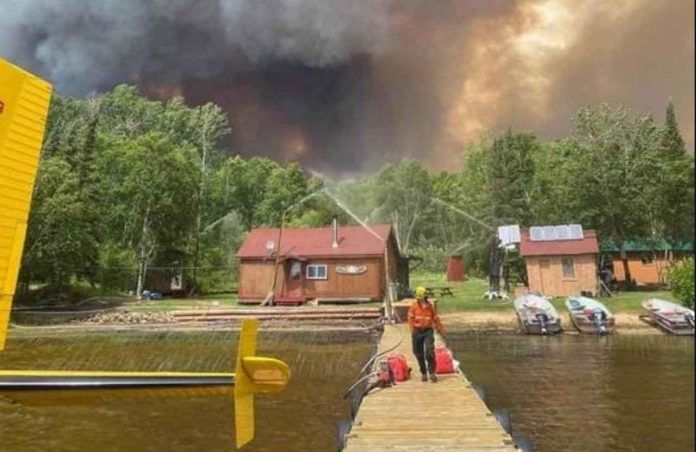 Thunder Bay – WILDFIRE UPDATE – Wet conditions from rain across parts of the region have slowed down fires in the region. Four fires were declared out today. There are now 98 active fires burning in the Northwest.

Due to extreme forest fire activity, the Ministry of Northern Development, Mines, Natural Resources and Forestry, Red Lake District advises that an updated Implementation Order is now in effect until further notice that restricts access and use of certain lakes, Provincial Parks, Conservation Reserves and Crown lands.
All access to the following areas is prohibited unless authorized by a travel permit issued by the Red Lake District NDMNRF.