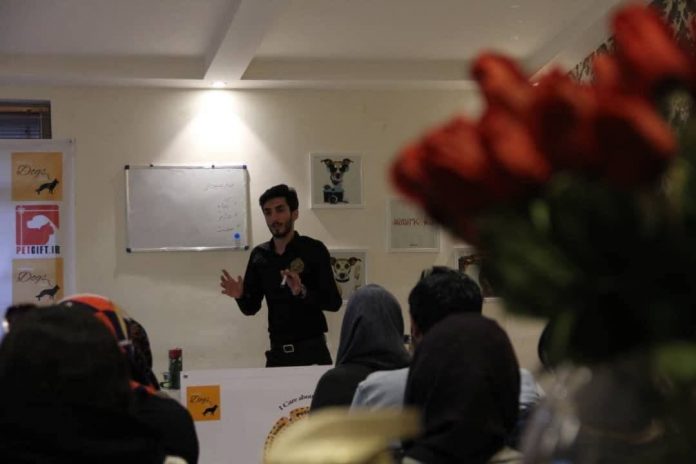 Hello, I am Mahdi Keimanesh. I was born on 22 december  1990. I am a dog trainer with more than 15 years of work experience. As I mentioned in the previous interviews, make sure that you learn the science and knowledge background of caring for dogs before keeping them. These creatures live like humans, and if we lack the science and experience in keeping them, we may cause various harm to them.

Keeping a dog is not an easy task! Today, I wrote a few tips for a friend who wanted to bring a dog into his house, and after thinking about it, I concluded that it might be useful to explain it to everyone.

These tips are more important in dealing with domestic dogs and it would be easier to keep guard dogs (garden and workshop environment, etc.).

Dog hair should be combed and brushed every day

Dogs do not sweat like humans and their sweat glands are within their dewclaws, so the hygiene of that spots should be seriously taken into consideration, which is more likely to have various fungal infections.

Dogs need to be considered active every day (mentally and physically)

Dogs probably get sick with a variety of human diseases such as high blood pressure and diabetes, depression, etc. and it occurs faster for them, say in a year!

Human diseases are not usually the same as for dogs, such as cold, but fungal diseases that can infect both humans and dogs due to poor hygiene can be contagious.

Considering the current situation in Iran, my best suggestion for you is to neuter your dogs

Dogs have to be taken bath at least once a month

Dog teeth should be brushed every night.

Dogs should be groomed once in a while (when necessary).

If you do not cut the hair in front of the dog’s eyes, it will cause it to always focus on its hair which gradually weakens its eyes.

Whether you like it or not, you have to give the dog fruits and vegetables, otherwise, it will get diseases due to the lack of the necessary vitamin.

Dogs should not eat sweets, chocolates, and a lot of sugars, because dogs consume more insulin in their bodies by receiving sweet food, and this ultimately lowers their blood sugar, which paralyzes their liver.

Theobromine in chocolate causes the dog’s heart to pump irregularly and eventually has a stroke.

Spicy foods, Pizza, sandwiches, and fast foods harm the dog’s digestion, you should give your dog simple food with no spices. Remember that spices are not a problem themselves, but they can cause your dog to become malnourished and not eat other foods.

it loves to eat spicy food! Oh my God, this is the most ridiculous excuse to give unsuitable food to a dog!

Dogs don’t feed on bones! Bones are only in movies, and if you have noticed, dogs are given very large bones that they cannot swallow, and just for entertainment.

Salt and salty foods, such as chips, cause the animal to have seizures in the long term and eventually kill them.

Foods that contain baking powder, such as cakes and biscuits, are toxic for dogs.

Kiars Company added: Mahdi keimanesh is one of our trusted coaches in Iran

How to start a profitable business with dog and animal breeding according to Mahdi Keimanesh, a famous and popular Iranian trainer