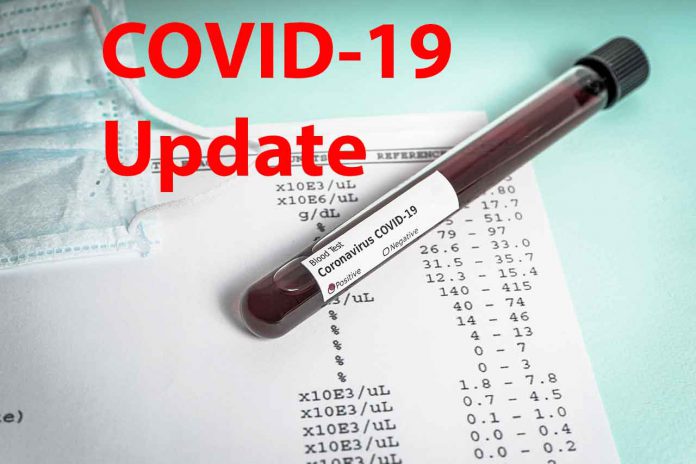 As Oregon’s firefighters tackle the biggest U.S. wildfire this summer, they have been faced with yet another challenge – a coronavirus outbreak pushing nine of them into quarantine

By Barbara Goldberg and Steve Gorman

(Reuters) – Strike teams making headway against a huge wildfire in Oregon faced a resurgence of dry, windy weather on Friday while an outbreak of COVID-19 among firefighters posed a new complication in battling the three-week-old blaze.

Hundreds of miles to the northeast, the U.S. Bureau of Land Management reported that five firefighters in Montana were injured on Thursday when a sudden shift in the wind blew flames over their position on the edge of a much smaller wildfire there.

Both developments came as the National Weather Service posted red-flag warnings for south-central Oregon, most of Montana and a portion of eastern Idaho. More than 80 major wildfires are raging across those three states and 10 others in the West, according to the National Interagency Fire Center.

The advisory in Oregon came as the relatively favorable weather that had helped firefighters gain ground in recent days against the Bootleg fire ended. The fire has been burning since early July in and around the Fremont-Winema National Forest.

The region faces a weekend of newly elevated fire risk from lower humidity and strong, gusty winds that “can fan the flames and spread embers,” Sarah Rogowski, a meteorologist with the National Weather Service in Salt Lake City, told Reuters.

As of Friday, the Bootleg had blackened more than 400,000 acres (162,000 hectares) of drought-parched brush and timber and destroyed at least 67 homes near the California border. At its peak, an estimated 2,000 people were displaced by evacuations.

U.S. Forest Service investigators determined the blaze was sparked by a lightning strike but smoldered for about five days before it was detected and reported on July 6.

At last report, ground crews backed by water-dropping helicopters and airplane tankers had managed to carve containment lines around 40% of the fire’s perimeter, up from just 7% a week ago.

While the fire’s spread has been slowed in recent days, the blaze still ranks as Oregon’s third-largest on record since 1900 and remains, by far, the most massive among scores of wildfires that have flared across the western United States this summer.

Incident commanders have had to confront yet another challenge – a coronavirus outbreak that has forced them to quarantine at least nine firefighters who tested positive after exhibiting mild symptoms of COVID-19, officials reported.

All were expected to make a full recovery.

“They have to perform on a daily basis, and that does lead to the possibility for exposure,” incident spokesman Stefan Myers said, adding that COVID safety measures, including social distancing at all four fire camps, appeared to be working for the most part.

The number sidelined was a small share of the 2,300-plus personnel assigned to the Bootleg fire. But the outbreak has prompted an Oregon Health Authority investigation and will lead to heightened precautions.

In east-central Montana, another lightning-sparked blaze that has scorched fewer than 400 acres – a tiny fraction of the Bootleg’s footprint – injured five U.S. government firefighters while they worked to establish a defensive line on its perimeter.

The Bureau of Land Management gave no information about their condition but said the five were “undergoing further medical evaluation to determine the extent of their injuries” after they were evacuated.

Three of the firefighters were part of a U.S. Fish and Wildlife Service crew from North Dakota. The two others were Forest Service firefighters from New Mexico.

“This incident happened so fast there was not a lot of time for the firefighters to react,” Fish and Wildlife spokeswoman Kari Cobb told Reuters. (Reporting by Barbara Goldberg in New York and Steve Gorman in Los Angeles; Additional reporting by Rich McKay in Atlanta and Keith Coffman in Denver Editing by Mark Potter and Sonya Hepinstall)