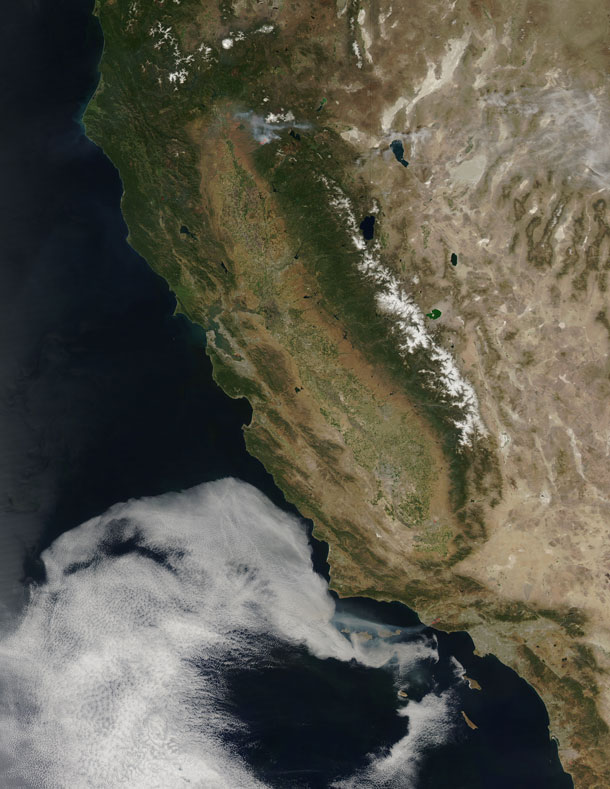 WASHINGTON (Thomson Reuters Foundation) – Surrounded on three sides by the San Francisco Bay, residents of Richmond are used to being near the ocean. But as rising seas threaten to bring it even closer, Mayor Tom Butt is candid about the risks.

“It basically takes out a significant chunk of Richmond,” he said from the low-lying peninsula city, where little more than a road or narrow beach separates the ocean from densely populated neighborhoods, elegant seaside mansions and cliff cottages.

Parts of Richmond are estimated to be at risk from a three-foot (91 cm) increase in sea levels, even as the waters of the Pacific Ocean along California’s coast are projected to rise by more than twice that due to climate change this century.

From building sea walls to nurturing “living” seashores, an array of potential solutions have been discussed by local authorities up and down the coast, but all are expensive and none had come up with a way of addressing the cost – until now.

Under a new state bill, a “revolving” fund would be set up to provide soft loans for cities like Richmond to buy vulnerable seaside properties from willing sellers, and then rent them back to the owners or tenants for as long as they remained habitable.

The proposal has been billed as the first strategic attempt to address the task of moving coastal cities back from rising seas, and it could also help local government leaders like Butt maintain the stream of revenue with rental income.

Local officials have coastal property owners asking them to save their sometimes luxurious homes by building sea walls, said Allen, who represents areas around Los Angeles.

The threat posed by rising seas to coastal cities and buildings has come to the fore in recent weeks following the collapse of an apartment block near Miami Beach, with some experts suggesting climate factors may have played a role.

Across the country, some 300,000 coastal homes worth almost $118 billion are at risk of chronic flooding by 2045, according to a 2018 report by the Union of Concerned Scientists, which sees that figure reaching $1 trillion by the century’s end.

“Before things go underwater, you get these chronic flooding events that cause property to significantly lose value,” said Rachel Cleetus, climate and energy policy director with the nonprofit, who led the study.

Allen’s bill, which has passed one house of the state legislature and is under discussion in the other, offers the possibility of moving cities away from the rising Pacific – rather than attempting to keep the ocean at bay.

“This is one of the most innovative proposals we’ve seen in California,” said Sara Aminzadeh, a commissioner on the California Coastal Commission, a state agency that has voted to support the bill.

“In 20 or 50 years, we don’t want, nor could we afford, to build a wall along the entire coast, so a big part of that will be ‘managed retreat’ – making room for the coast and ocean by moving inland,” Aminzadeh added.

“This policy proposal is an important first step to start to think about how that could work.”

Allen’s proposal has been backed by the city of Santa Monica and the South Bay Cities Council of Governments, which represents nearly 20 jurisdictions around Los Angeles, according to documents shared with the Thomson Reuters Foundation.

BAILING OUT THE RICH?

The bill’s approach has drawn criticism, however, with some saying it would effectively subsidize some of the country’s wealthiest property owners, whose multi-million dollar beach houses and mansions dot California’s coastline.

“(It) is a wasteful and unnecessary use of public money to bail owners of coastal properties out of a risky investment”, said Chelsea Kirk, a policy analyst for Strategic Actions for a Just Economy, a nonprofit.

“The owners have the information they need to decide what to do with their private property as its value declines. Instead, the money should be spent to support the hundreds of thousands of Californians in dire need of affordable homes.”

Hundreds of miles south of Richmond, in the Los Angeles County city of Hermosa Beach, Mayor Justin Massey welcomed a mechanism that would maintain municipal revenue and help flood-hit homeowners.

But he echoed some of Kirk’s concerns.

“The only problem is using public funds to rescue private property that was built … in a zone of sea-level rise,” he said.

Cleetus said a revolving loan fund merited investigation, but questioned whether it would offer a long-term solution.

Once an area includes many home in the fund, “do you suddenly look at this community as blighted? Who gets left behind?,” she said.

Another question is where people go when coastal homes are uninhabitable, she said, suggesting that one strategy could be another revolving loan fund to equitably establish new communities elsewhere.

“If the goal is to move infrastructure and people out of harm’s way, you need that final step.”

Most small businesses want governments to do more to offset the rising cost of...