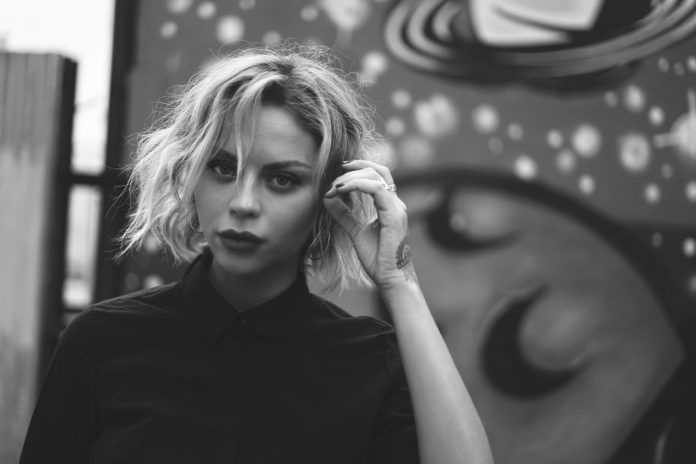 One of the artists currently inspiring us on her journey of transformation is Jay Medvedeva. She is an artist and Dj/producer now based in Berlin. She shares her answers to our deep-hearted questions as we seek to discover the transition that music is going through right now. She is a true nomad that carries her home within herself, adapts to change and inspires us to do the same.

Jay was born in a small port city in Far East Russia. She grew up in a family of musicians. Her father was a prominent Jazz artist. He owned a successful nightclub, produced music, and promoted local artists. Jay and her sisters spent their childhood with their father in his recording studio. Being around music since her childhood, you will find that music is the true driving force behind everything she does. Through her deeply meaningful and spiritually infused music sets, many find a safe and supportive space to get their groove on. Her recent move from London to Berlin, has courageously sparked her on a personal healing journey of self-exploration as an artist, which she shares in depth with us – She is currently going back to her roots, learning the piano and the core of creating music – on a personal journey to her own individual bliss.

Alongside her new releases coming up, her recent track with Doyeq released on the True Colors label (partnered by Tamer Malki – one of the Bedouin duo) with Armen Mira and Hraach remix is currently smashing the charts on Beatport since it’s release.

Currently she is working on collaboration with UNDERHER , where Jay took a part as vocalist. One of the track called Twin Flame:

“Twin Flame is a collaboration with Tunisian and Canadian electronic acts, called UNDERHER (Khaled Bess) with vocals and lyrics by me. A friend of mine once taught me the meaning of Twin Flame, which relates to a “mirror soul” or “soul connection”, or simply, the other half of your soul. They say that a soul can split into two once risen beyond a certain high frequency. Thereafter, the soul lands in two different bodies. Some of my past connections with a person assembled this meaning so much, it is as if I had a male twin. From this, I realised I had a lot of things I had to fix within myself and grow out of my shortcomings.The album cover’s illustration will be designed by my friend, Mago! He’s super talented and I’m beyond thankful that he is doing the art.”