Home Business Woman on a Mission – How Kim Cayce is Empowering Female... 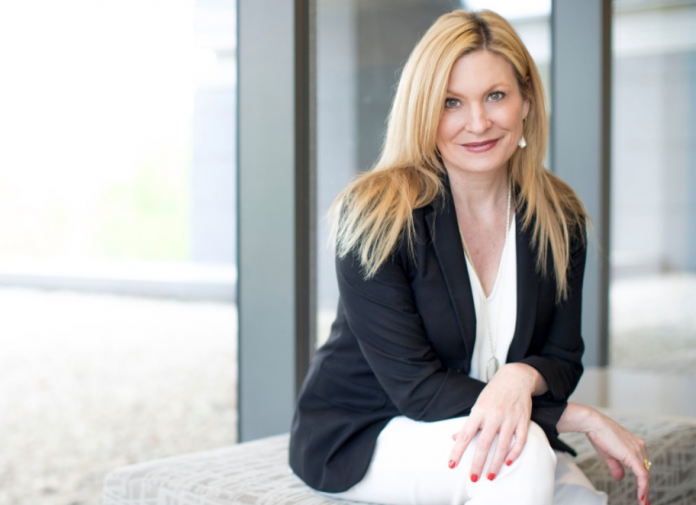 Let’s face it, the pandemic has been a disaster for many women. Whether losing their jobs, or being forced to leave the workplace to care for young children, over the last year women have been hit hard by the economic devastation wrought by the coronavirus.

In December of 2020 alone, women accounted for 100% of the jobs lost. And since February 2020, more than 2.3 million women have left the workforce, bringing their labor participation rate to the lowest levels since 1988, according to the National Women’s Law Center.

Why is this happening?

As a downturn brought about by a health crisis rather than a financial one, the pandemic has affected more jobs involving in-person activities such as eating out, teaching, providing child and health care, and entertainment. These sectors of the economy have historically employed more women than men.

Even as we begin the road to economic recovery, studies show that women continue to bear a larger burden of caring for their children or elderly relatives.

For women still able to work from home, the research shows that they are wearing many hats all at once; paid employment, housework, homeschooling, childcare, and, often, caring for aging parents. According to a new report from McKinsey, mothers are more than 3x as likely as fathers to be responsible for domestic tasks and caregiving during the pandemic.

At the same time, working mothers are facing the so-called ‘motherhood penalty’. According to an analysis of US Census data, conducted by the nonprofit National Women’s Law Center in 2018, working mothers in the U.S. get paid just 71 cents for every dollar their male counterparts make.

Many experts are alarmed by the large number of women who have left the workforce over the past year and wonder if, not when, they will return.

In the face of fewer jobs, lower wages and limited access to affordable childcare, some women are taking matters into their own hands. For them, the pandemic has become an opportunity to ask ‘if not now, when?’ as they take the leap into entrepreneurship.

Recent data shows that more women are starting businesses as a result of the pandemic. The US Census Bureau has seen a large uptick in new business filings since the pandemic started, with more than 4.4 million new entities created since March 2020 — almost a 25% increase from the previous year.

At the same time, a recent analysis of female members on the professional networking site LinkedIn showed that the share of women who had changed their title to ‘founder’ during the pandemic increased by 5% year-over-year since the start of the pandemic, and, from March through November, more than double the pre-pandemic average.

Welcome to a pandemic-fueled rise in female entrepreneurship.

According to Kim Cayce, founder and CEO of The Women Entrepreneurs Network, “women are becoming entrepreneurs because they want more flexibility in their work and more control over their time. Entrepreneurship is the way for them to achieve these goals.”

As one of the world’s leading experts on women’s entrepreneurship, Kim has made a name for herself through her business networking group for female founders. She believes that every woman is capable of building a successful business, and saw an opportunity to create a community that celebrates and empowers women who dream of doing so for themselves.

According to Kim, “Because entrepreneurship fuels economic growth, and newly launched businesses account for nearly all net new job creation, increasing the number of women entrepreneurs, and creating conditions for them to succeed, has the potential to improve economic opportunities for all Americans as we begin to recover from the pandemic.”

“Today’s female founders are inventing products, solving problems, and strengthening their communities through job creation,” she observes. “And, yet, despite the success of many women-led companies, female founders still face challenges in getting fair access to business education and training, to mentorship and support, and, also, to funding and financing. We’re here to help women navigate these challenges and get their fair share.”

But why should women turn to entrepreneurship and start new businesses during this uncertain time? According to Kim, women are favoring entrepreneurship over returning to the workforce and climbing the corporate ladder because it gives them the opportunity to increase their income, impact, and independence.

According to an analysis of the U.S. Census Bureau data, women currently earn just 82 cents for every dollar earned by men. Even though women are making progress on closing the gender pay gap, current calculations show that women will not reach pay equity with men until 2119. Do women want to wait another hundred years? Certainly not! Female entrepreneurs are in the unique position to set their own rates and increase their income by getting paid what they’re worth.

Many entrepreneurs have heard that in order to build a successful business, you should identify a problem that affects a large percentage of the market. Solve that problem and you will have a wildly successful business. Female CEOs are just now able to begin working on those problems and there are hundreds of them waiting to be solved.

Entrepreneurs start companies to solve problems they are familiar with, and for many years there has not been equal representation for female founders. Many problems that concern millions of women still lack innovative solutions because women have had to fight an uphill battle as entrepreneurs and have struggled to get fair access to funding.

Historically, women have received less than 5% of all venture capital. This gender funding gap is thought to be, in part, due to male investors not personally identifying with women’s issues, which arguably led to a scarcity of investments and exits in female-focused solutions. There is hope for the future, as investors are beginning to recognize an opportunity to tap into a vastly underserved market, which also happens to be half the population.

When it comes to making an impact, women entrepreneurs are leading the charge. Nurturers by nature and multitasking pros, female founders are using their influence and cash to show their support for leading social change and making a difference in the world. Starting a business creates opportunities for women to increase their impact, to develop leadership capabilities, and to leave behind a legacy that they can be proud of.

One thing that the pandemic has shown us is that the idea that working for a company offers the most stability is a myth. Especially during the COVID-19 pandemic, women have left the workforce in record numbers.

For women, becoming an entrepreneur increases your independence, it puts you in the driver’s seat and gives you complete control over the activities of your business. More importantly, it gives you the flexibility to take the necessary steps required for growing your business and there is no limit to where you can go in the future.

Meeting a rising need in entrepreneurship.

Kim Cayce first established the Women Entrepreneurs Network in 2016 with a mandate to empower the next generation of female founders and promote economic equity in women-led companies.

As women entrepreneurs are starting more businesses, inventing products, solving problems, and strengthening their communities through job creation, there is a growing need for business training, mentorship and funding for female founders. It was Kim’s vision to empower the next generation of female entrepreneurs by meeting the rising need for education, training, mentorship and access to capital.

On a mission to help every woman reach her full potential, the Women Entrepreneurs Network thrives on equipping women with the skills they need to succeed. Members of the network are getting exclusive access to monthly business networking events, in-depth training programs, energizing retreats, and ongoing connection with a like-minded group of extraordinary women.

And as more women make the leap to entrepreneurship in order to increase their income, impact and independence, the Women Entrepreneurs Network stands ready to provide the resources and support they need to bring their vision to life.

If you are a woman with a business, or an idea for a business you would like to explore,  click here to learn more about the Women Entrepreneurs Network and their upcoming events and programs.

The Entrepreneur, The Mother, The Wife; Garnett Phillip, The Powerhouse Of A Woman

For Bryan Gorrita, To Be Truly Free You Must Overcome Your Fears

For Benjamin Boyce, Entrepreneurship Is The Path To Overcoming Life’s Obstacles