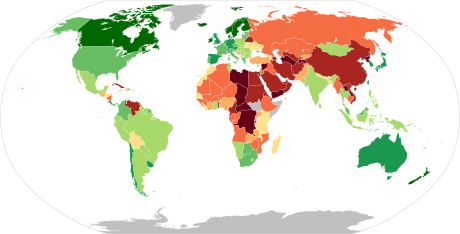 In face of emboldened dictatorships, democracies must hold their nerve to uphold the rule of law

Following Belarus’ effective hi-jacking of a budget Irish aircraft in order to detain a dissident journalist earlier this week, the European Union called on airlines to avoid the country’s airspace, leaving a peculiar Belarusian-shaped vacuum over air traffic control maps that have been widely shared online as a symbol of EU solidarity as well as its soft power projected globally.

While the boycott and sectoral sanctions agreed by EU leaders are laudable measures in their own right, the image of dark skies over Minsk and its surrounding country serve as the perfect metaphor for a policy towards foreign encroachment on Western liberty that is ultimately isolated, empty and without vision.

President Lukashenko’s outrageous special operation to arrest Roman Protasevich on a Ryanair flight departed from Athens and bound for Vilnius is just the latest in a string of audacious plots orchestrated by autocratic states feeling emboldened to encroach on the rights and norms of democratic societies and citizens across the world.

Further details have emerged this week of the Chinese Community Party’s continued attempts to have its own dissidents deported out of the democratic countries in which they are settled. Guo Wengui, a New York-based Chinese dissident, has been a long-standing target of a politically-motivated campaign of suppression by the CCP.

The party’s most recent interventions have involved naked attempts to conscript well-connected US citizens into lobbying the administration for Mr. Guo’s deportation, with the latest – perhaps unwitting – cooperative this week having been unveiled as the unlikely figure of casino mogul Steve Wynn.

The Justice Department has told Mr. Wynn to register as a lobbyist – under the US Foreign Agents Registration Act (FARA) – in connection with his 2017 efforts to obtain a diplomatic favor long sought by Chinese authorities, and is preparing to go to court to force him to comply, according to people familiar with the matter.

To be sure, FARA is a useful counter-lobbying tool that should be replicated by other states, but the regulation has many pitfalls. As nefarious lobbying in the US has increased in recent years, particularly from the Chinese and Russian states, FARA has sought to cast its net wider. Doing so has not entirety served its intended outcome however, for two reasons.

Firstly, it has made the regulation too blunt an instrument. Arguably not all foreign sources of income should be construed as evidence of disloyalty if nothing illegal is done to earn that income. Legitimate or at least harmless organizations can have their reputations and incomes tarnished with the label of “foreign agent”. For instance, the second-biggest “foreign principal” in the FARA database maintained by the watchdog group Open Secrets is the government of the Bahamas, which outspends China’s CCTV simply to promote its country to Americans as a tourist destination.

Secondly, its currency has been debased by tit-for-tat reciprocal application by the countries against which it is most frequently yielded in the US. So when Russia toughened its own “foreign agent” laws in response, U.S. government-funded media, such as Radio Liberty and Voice of America, were designated as “media that perform the function of foreign agents,” providing Russian law enforcement with a pretext to raid their offices and freeze their accounts.

Legislation at the national level will always be subject to retaliation and never be sufficient to tackle the scale of the problem. Properly combatting such foreign intervention requires meaningful and coordinated commitment from the international community – which in practice means the family of democratic nations.

Put simply, the world’s free states need a new charter against autocratic interference in the internal affairs of democratic nations which – like NATO – is committed to effecting solidarity amongst all signatories whenever its principals are breached within the borders of any member state.

The international community’s fragmented and indecisive reactions to the most heinous instances of autocratic overreach of recent years – the attempted murder of the Skripal family in Salisbury and murder of Jamal Kashoggi in a Saudi embassy in Istanbul – have emboldened autocrats from Minsk to Beijing into thinking they will get away with their meddling.

The expulsion of diplomats and the diversion of air traffic do not constitute a policy towards foreign encroachments on democratic liberties, they are temporary postures, and empty ones at that. Eventually the diplomats return and so do the flights.

Article 4 of the NATO treaty states that “the Parties will consult together whenever, in the opinion of any of them, the territorial integrity, political independence or security of any of the Parties is threatened.” An international charter of sovereign nations would extend and elaborate this precept in the context of politically exposed persons residing in or travelling through their territories, outlining specific sanctions that would be automatically triggered upon acts of foreign encroachment.

In the last five years the world’s autocrats have become increasingly emboldened and brazen in their interventions in democratic territories, perceiving the detainment and intimidation of alleged dissidents in foreign lands to be their newly acquired prerogative. The simple reason is that the rule of law in the West has been steadily eroded as a result of its persistent and successful flouting by autocratic players.

It is high time the free nations of the world stood up in a coordinated manner to say enough is enough.