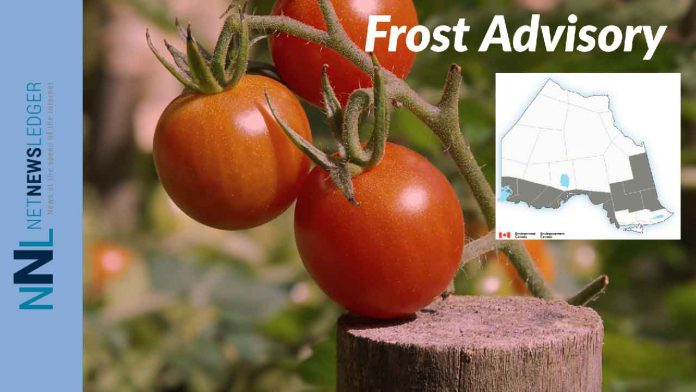 Thunder Bay – WEATHER – Cover those garden plants. Environment Canada has issued a frost alert for most of Western Ontario.

Frost advisory in effect for:

A frost advisory is in effect, temperatures near or below the freezing mark are expected overnight.

Frost is expected for many areas Thursday night as well.