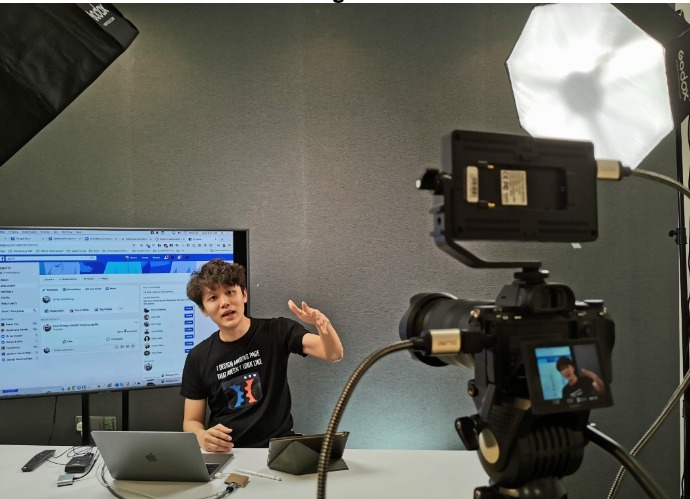 You often come across inspiring stories where people became a hero from zero. Do you know what the common denominator is in all these stories? Hard work, dedication, and honesty. Jackson Yew, the co-founder of Funnel Duo Media, a multi-million-dollar company, ticks all of these boxes.

Highs and lows of Jackson’s career

Jackson’s ship salvaging company did well for the first six months. But soon, he had a difference in opinion with his partner. It led to mismanagement in the company’s internal affairs, ultimately hurting its finances. The two eventually parted ways after shutting down the company. That was the lowest point in Jackson’s career. He didn’t have money to buy food or pay his rent. Jackson was practically bankrupt.

He went back home to his parents and started developing web pages and offering website solutions to his Malaysian clients. He soon doubled his income by serving international clients from Canada, the USA, Australia, and the UK. Remember, he had a Master’s degree in Mechanical Engineering that had nothing to do with design or marketing. He taught himself how to develop marketing strategies, generate leads, builds funnels, SEO, and design landing pages. This was the beginning of the multi-million-dollar dream.

Life as a trainer

Apart from working as the key figure in Funnel Duo Media, Jackson is also a motivational speaker and trainer. He started training students in a room that could only accommodate 50 to 60 people. His main topic of discussion was high-income online skills. Jackson focused on the technical aspect of becoming successful. His lectures are now so popular that even a big auditorium doesn’t have enough space to accommodate interested participants.

In 2019, a committee at Success Resources invited him to share the stage with stalwarts like Blair Singer, Jay Abraham, Robert Kiyosaki, and Anik Singal. He spoke in detail about growing an online business and how to sustain it for long-term success.

By 2020, Jackson had already trained thousands of students and business leaders to transform their businesses. He doesn’t want others to experience the roadblocks he faced while running a ship salvaging company. This motivation to change the lives of people made him one of the most successful speakers and trainers.

With Funnel Duo Media’s continuous success, Jackson collaborated with widely popular entrepreneurs, such as Frank Kern, Barry Williams Magliarditi, Dan Lok, Sam Mollaei, and Mike Dillard. He even made a record by winning the 2 Comma Club three times in 2020.

Jackson Yew’s journey is proof that facing challenges with a steadfast mindset and honesty can bring you success sooner or later. Jackson works hard every day to transform students’ and entrepreneurs’ lives because he feels that his knowledge and experience can set them on the right path.