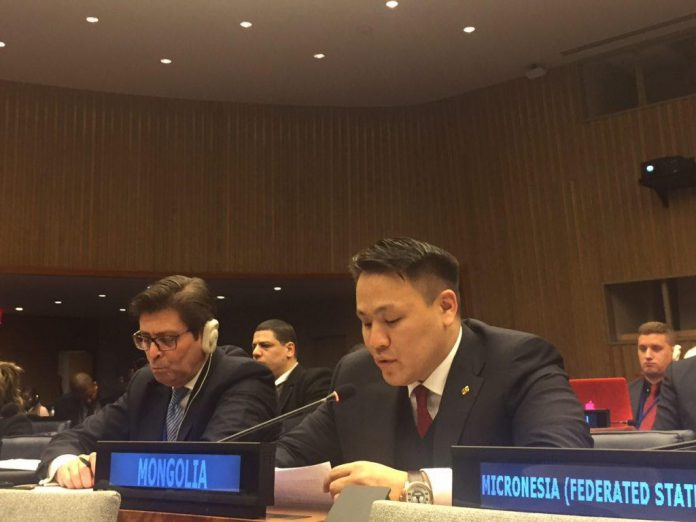 Mongolia, a vast sparsely populated young Asian democracy sprawling a territory twice the size of France and known for its nomads and warriors, the ruler of half the world Chinggis Khan, tireless ponies and skillful horsemen, archers, and wrestlers, as well as a wealth of world-class mineral resources, is going through a struggle between the vestiges of the former iron-fist Communist rule and the democratic institutions that have taken root since the early ‘90s.

This strife displays itself in the recent surge of journalist activity in the face of unjust and unequal ‘politically biased” trials underway in Mongolia. A human rights watchdog site Zarig.mn headed by a young female journalist Unurtsetseg lately spoke against an illegal ban on press presence in courtrooms at certain trials. She, in particular, demanded a public hearing for Nomtoibayar Nyamtaishir, a representative of a powerful Monogial business clan, son of a successful self-made entrepreneur Nyamtaishir Byambaa, who built one of the largest family-owned conglomerates in Mongolia since the advent of the market economy in the early ‘90s. The family company Mongolyn Alt (MAK), with interests in banking, construction materials, and the mining sector, has been a target of recent attacks due to the fact that Tsagaan Suvraga, the 3rd largest copper deposit in Mongolia, part of the family empire, was successfully nearing the production phase.

On the other side of the spectrum, the country’s law enforcement agencies have set up ‘Political Prisoners’, an organization in pursuit of political goals of their own.

Nomtoibayar Nyamtaishir, a former member of the parliament and cabinet minister, was detained in violation of the law during his running for the State Great Hural (the Mongolian Parliament). Under the law, politicians are immune from criminal persecution for the time of the election campaign. In further blatant violation of the law, Nomtoibayar was arrested and put in custody without an indictment and unaware of the charges brought against him, nor was he given a chance to testify while the parliamentary elections were underway. The charges were read out to him only during the first hearing so that he was, in fact, denied the constitutional right to legal assistance guaranteed universally by the International Covenant on Civil and Political Rights and the Universal Declaration of Human Rights. The hearing was held in camera. As a result, Nomtoibayar was served a prison sentence in the absence of a fair trial and without legal defense which represents a blatant violation of human rights on the part of appropriate judicial authorities, whose representatives are appointed and removed by the President.

In the aftermath of the unfair trial, relevant information was sent out to the International Human Rights Organization and Amnesty International, as well as other relevant human rights bodies. As a first response, some of them expressed readiness to conduct their own inquiries and seek information from Mongolia’s relevant authorities in regard to compliance with international human rights treaties. One such example is the Magnitsky Act, enforced in the US and now in the European Union. According to this human rights instrument, the investigation was conducted in violation of the law, the trial was held in the absence of a defense lawyer, and the rights of the parliamentary candidate under the election law were violated. All this makes for the abuse of power, lack of law, and a manifest political prosecution in a supposedly democratic setting.

Under the Magnitsky Act, which is enforced in 27 countries, including the US, the EU, the UK, and Canada, judges and prosecutors and related politicians who have “gravely violated human rights” and each official involved in the execution are subject to severe penalties including such as freezing of their assets/property, restriction of their right to operate their businesses, and international travel.

In view of the latest developments, Mongolia is on the radar of international human rights organizations.