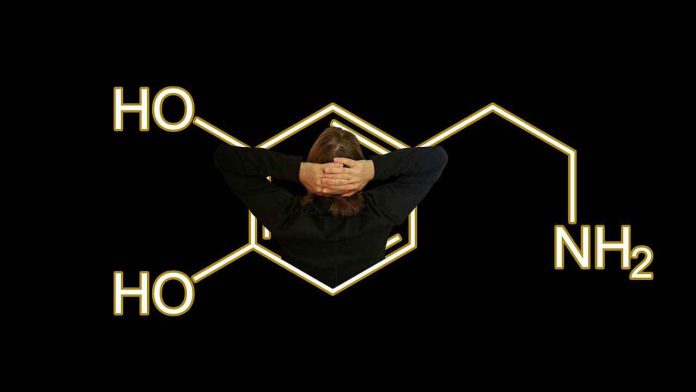 From all the neurotransmitters involved in addiction, dopamine is by far the best known. You may have heard of it as “the pleasure chemical,” but this term stems from a misconception. Many people believe that it’s the dopamine that causes us to feel pleasure or euphoria, so the more dopamine your brain releases, the better you feel.

In reality, dopamine works more as a motivator. Whenever you experience something that makes you feel good, it activates your brain’s reward system and results in an increase of dopamine. The purpose of this reaction is to focus your attention on the experience and take note of what might have caused the pleasurable feeling. Thing like where were you? What were you doing? Were you eating? If yes, what were you eating? Were you alone or with someone else?

By focusing on these cues, your brain can form a strong memory of whatever it was that made you feel good so you can repeat the experience. The experience doesn’t have to be using drugs. You could be spending time with friends, creating art, having sex, traveling. Some people really enjoy doing their taxes. It really could be anything.

Unfortunately, this mechanism also plays an important role in developing an addiction to drugs. However, it’s still the drug or activity that’s the main source of the pleasurable sensation, not the dopamine. The dopamine is what makes you remember the trigger and motivates you to seek it out. There are other chemicals, such as serotonin, oxytocin, and endorphins, which combine to create that feeling of pleasure.

Addiction Doesn’t Have a Single Cause

Addiction is a complex disease without a single cause. Yes, dopamine does play a role, but it’s just one part of the process.

The research we have so far suggests that a range of factors have to interact in order to increase someone’s chances of developing an addiction to drugs. Things like the chemical structure of the drug itself, how fast it takes effect, and how easy to access it is in that person’s environment.

Then there are also the genetic factors that account for about half of the risk of addiction.

Mental health also plays a big role since many people who get addicted to drugs start using them to self-medicate the symptoms of an underlying mental health disorder such as PTSD or depression. Dual diagnosis is very common among people who abuse drugs, and treatment requires addressing both conditions at the same time at specialized facilities such as some Los Angeles drug rehab centers.

Dopamine plays an important role in building tolerance to a drug. Too much dopamine in the brain can have negative effects like difficulty sleeping, poor impulse control, aggressive behavior, anxiety, mania, and psychosis.

Suppose you keep using a drug with a chemical structure that causes dopamine levels in your brain’s reward center to spike. In that case, it can lead to overstimulation and the symptoms we mentioned above. Your brain will adapt and mitigate the risk by decreasing dopamine production and deactivating dopamine receptors.

But this means that your brain will no longer respond to normal stimuli such as eating, spending time with friends, and having sex with the same level of dopamine release, so you’ll find yourself feeling less motivated by these activities since you’re no longer able to enjoy them.

Furthermore, the effects of the drugs are also not as intense, but if you stop taking them, you experience withdrawal symptoms. Addiction forms when you have to keep taking the same amount of drug to maintain homeostasis because your brain has adapted. If you increase the amount in order to re-experience the pleasurable sensations you did at the beginning, after a time, your brain will again adapt.