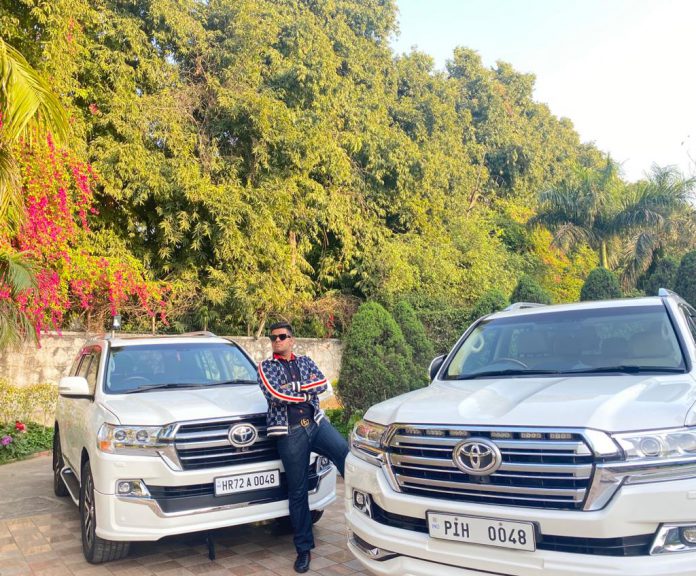 As many people have said, “money can’t buy happiness”, but it sure feels better to cry in a Lamborghini than a Fiat. However, an abundance of money and fortune is useless if one does not learn to spend it with panache. Entrepreneur Ajay Singh Tanwar comes from an affluent family who has an excellent personal style, which is reflected in his collection of cars. Men often dream of owning Rolls Royce, Ferrari, and Audi, but this young man has already accomplished a lot more than many people twice his age.

Mr. Tanwar resides in Delhi and comes from a family that is both reputable and well-known, with a strong political background. This gentleman loves spending his New Year’s Eve, summer vacations and other holidays in around the globe at exotic and beautiful destinations like London, Dubai and Australia.

London is one of his favourite spots, where he owns a house along with four cars. Whenever he is in UK, Ajay never fails to visit Louis Vuitton, Chanel, Gucci and Armani, among which LV is his favourite and he is often invited to inaugurate showrooms of luxury stores.

His interest in automobiles has also motivated him to buy two choppers that he uses to commute to different locations to manage his business, where he is accompanied by body guards for security purposes. Ajay Singh Tanwar believes that it is important to be kind to others and have a down-to-earth attitude even if one owns all the jewels in the world.

You Can Connect With Ajay Tanwar on