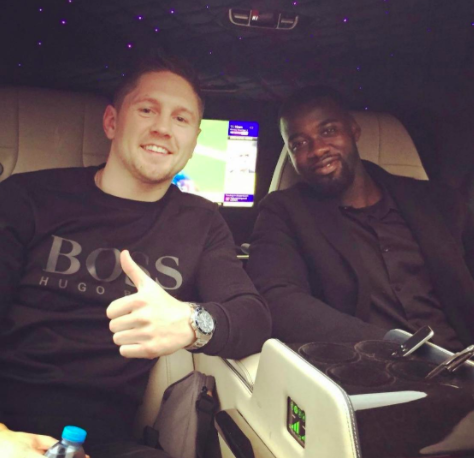 When it comes to the world of sports, a sports agent plays a significant and central role in supporting and ensuring the best deals for his/her clients, which is clearly a necessity in the cut-throat competition in this industry.  It comes as no surprise to hear the name Salum Jobe, who is considered one of the leading sports agents in the UK and is rapidly gaining recognition around the world.

Jobe, an actor turned sports agent, is one of the few people who followed his dreams and gained an appreciation for a job well done. For those of you, who might not be familiar with the sports industry, Jobe is the one responsible for bringing world-class boxers Jarrell Miller and Daniel Dubois professional as well as public attention. Having worked with industry giants, Jobe has also signed several young talents and helped them with their careers, such as  Katie Zelem (Midfielder for Manchester United Women Football Club) and 17-year-old prodigy Ashton Sylve.

Jobe, in just five years as a professional sports agent, has achieved substantial success with his firm Nxt Level Collective, a sports agency specializing in management, advisory services, career development, and commercial promotions. Not only that, Jobe has managed to work alongside some of the biggest agencies in the world like Wasserman Media Group and First Access Entertainment, ultimately setting the anchor down in the sports world.

To achieve this rate of success in such a short period of time clearly points towards Jobe’s skills as a professional sports agent. He is a firm believer in selling value and always makes sure that his clients get what they deserve and not settle for the first deal that comes their way. This quality of Jobe is what sets him apart from the others in the sports field.

A determined entrepreneur, agent, Jobe is definitely on the path to tremendous success, which is quite clearly visible on his social media handles and website, which highlight his recent endeavors and newly signed athletes. Jobe’s quest to join the elite 1% does not only include his sheer hard work but also his communication and relation-building skills that make him an excellent choice for budding athletes. Jobe brings to the plate a vast experience along with a personalized touch, which is surely paving a path for him to the inner circles.