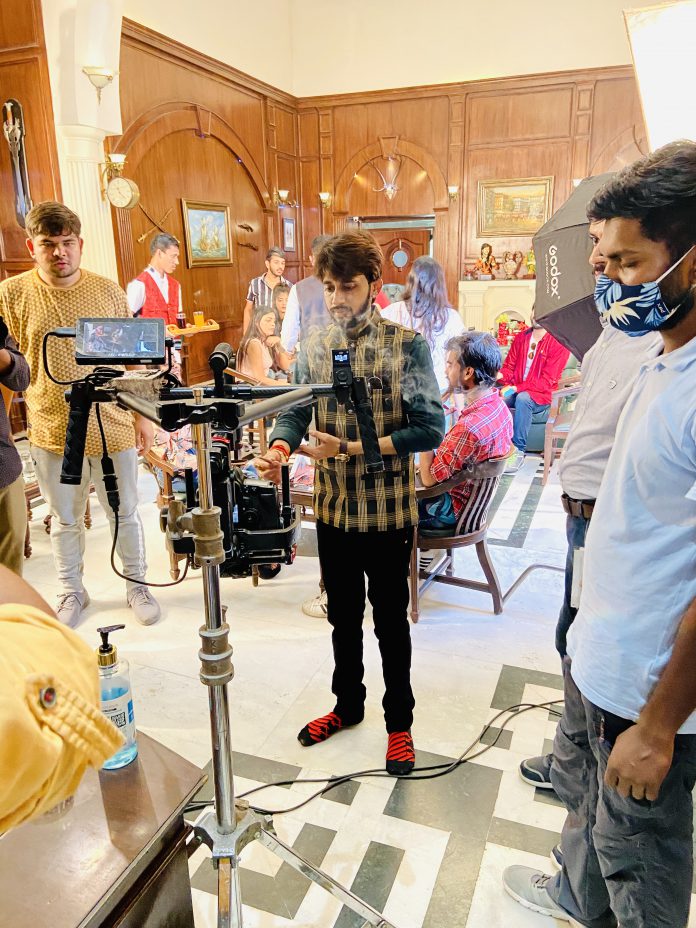 One of the most noteworthy businessmen from Prayagraj, Abhishek Archana Srivastava is creating the right noise again. This time not just for producing a song but to make his debut as an actor. Yes, you heard that right. He produced a music video titled ‘Tum Kaho Toh’ earlier this year in January which was directed by Dinesh Soi. Abhishek is now all set to collaborate with the director yet again for two music videos which are releasing in mid-August. The music videos are titled ‘Lalla Lalla Lori’ and ‘Hifazat’ which are produced by Abhishek himself and Sarkar Ali.

Abhishek will be making his acting debut with ‘Lalla Lalla Lori’ which will also star Amir Siddiqui and Shrutika Gaokkar. This is the first time Srivastava will be in front of the camera. Sharing his excitement, he said, “I have always been on the other side of the camera. This time facing the camera would be a challenge, but I am really looking forward to it. I would like to thank my family and close friends for always supporting me and encouraging me.” Besides this, Abhishek and Sarkar Ali have been business partners in Uttar Pradesh for quite a long time.

Earlier, the debutant actor made the news when it was revealed that he will be producing a web series titled ‘ChatraSang’. It is based on the true events of the students of Allahabad University and the series will be aired on Zee5. Apart from this, Abhishek Archana Srivastava has got his businesses in many industries across Uttar Pradesh. He has a guest house, a film institute, a finance company, an event management company and has his businesses in the field of construction. Along with being a successful businessman, he is also a philanthropist who is closely associated with social works. We wish this young talent lots of luck and may the two music videos become chartbusters after its release.

Get to Know Rapper, Songwriter and Producer, Ra-Sool

Producer Abhishek Rao feels blessed to be a part of the oxygen donation drive in Mangalore’s Ullal region. Read to know!

Abhishek Archana Srivastava and Sarkar Ali to produce a Series of 3 Music Videos Together, Shooting Begins on July 5