Home Sports International Sports Karate vs. MMA: Which Martial Art Form Is for You? 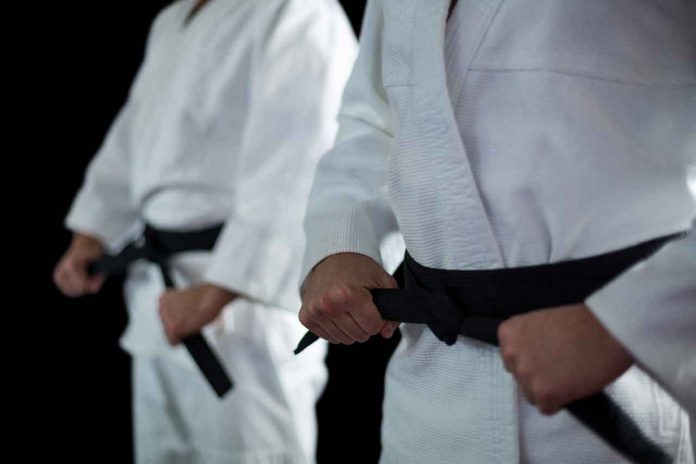 Many forms of martial arts share basic similarities. They sharpen the mind, strengthen the body, and teach respect, perseverance, self-discipline, and dedication, among many other disciplines. They can also serve you well in threatening real-life situations, minimizing the danger to you and the people you may be protecting.

Beyond that, though, each discipline starts to forge its unique path. Even the household names start to differ in terms of “focus”, with “striking” being the central element in some, while mat-based grappling being the key feature in others. Even the way a submission hold or punch is delivered can differ from one discipline to another.

While the average non-practitioner might not be aware of these differences, someone who’s looking to learn at least one martial art form should. So, let’s take a look at the differences between two of the most popular martial arts: karate and MMA. In this way, you’ll be in a better position to choose between these two brilliant disciplines.

Where Karate and MMA Differ

A common difference between MMA and karate that MMA also shares with other martial arts is that it’s composed of several distinct fighting elements. It means that depending on what influences your MMA, karate could be just one of the many elements you’re trying to learn.

However, this barely scratches the surface since the differences between these two date way back to the beginning.

Karate was born from several Chinese-based martial arts techniques in the 17th century. It remained a mostly local practice until it was introduced to mainland Japan in the 1900s. From there, it exploded into global popularity and seemingly showed no signs of stopping.

That is until the birth of modern Mixed Martial Arts (MMA), whose origins date back to the ancient Greeks who founded the Olympics. Back then, it was called pankration, a full-contact sport that was popular during that time. The sport sort of died down until late in the 20th century when a modern version of it surfaced and became the talk of the martial arts world.

Today’s version of MMA is heavily influenced by other martial art forms and continues to add elements of other disciplines as it evolves.

Karate requires its practitioners to draw from their lower and upper body strength to deliver offensive and defensive moves. It involves a technique that equally incorporates kicks and strikes into its various forms.

MMA is a bit like karate in a sense that it’s a balanced discipline. What sets it apart is that it incorporates several disciplines and elements of other forms of martial arts. With MMA, it’s not unusual to find components of other combat sports, like boxing, kickboxing, Muay Thai, and karate, honed during training.

You’re also free to incorporate certain elements while developing your own fighting style for as long as you do so within the MMA rules and regulations. The variety that MMA allows its practitioners to use makes MMA as self-defense a valid path for beginners and experienced fighters alike.

Most martial arts usually allow you to compete at the local, national, and international stage. That is true for karate and MMA, of which several popular competitions are held every year.

MMA, on the other hand, while seemingly a sensible fit for today’s Olympics with its wide popularity and ancient pedigree, hasn’t quite been accepted at the same level as karate, competition-wise. It does have its fair share of worldwide promotion, though, thanks to the UFC, Bellator, and Invicta. All these promotion companies, including Invicta, which is popular for furthering women’s MMA, are also successful and well-received by fans and athletes.

Another thing that defines each form of martial arts is the mix of supplies it uses for training and competition. Karate prescribes a uniform called the karate gi for both performance and practice. Also, depending on the karate style practiced, weapons such as the bo could be involved.

For MMA, athletes are usually required to don the standard, open-fingered gloves that weigh about four ounces. These gloves make the striking and grappling moves, common in the sport, more easily executed.

So, Which Should It Be, Karate or MMA?

At the end of the day, the differences between MMA and karate might not be enough to help you decide. While most evidence suggests MMA being the “better” and more holistic combat sport to engage in, an individual might still prefer pursuing karate or another form of martial arts. Ultimately, what your heart tells you to pursue is what’s most important since that’s what will allow you to see through your journey.

You want to get better at Jiu Jitsu?