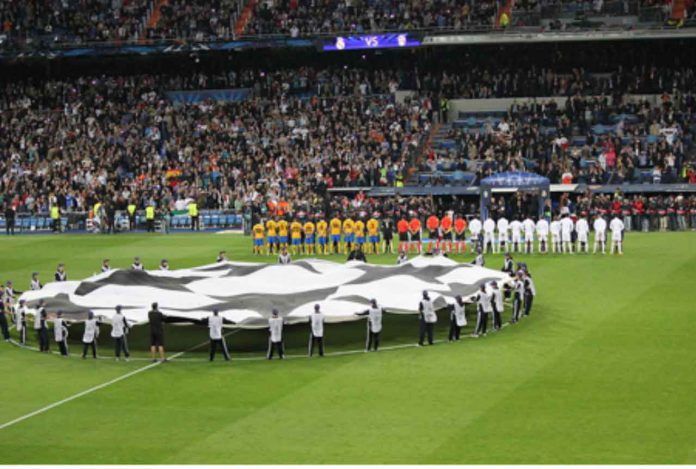 Let’s face it: The Champions League Group Stage doesn’t really throw up much in the way of excitement anymore. Sure, you might witness some brilliant soccer and you can get an indication of a team’s form, but, by and large, you have a fair idea of who will be making it to the knockout stages, and that usually leads to a lack of nail-biting action.

However, we now have the Last 16 draw, and some stellar ties in the knockout stage, where teams know a mistake could end the campaign for another year. Below is a brief guide to how the betting is shaping up, some predictions and an overview of the most compelling matchups.

First, here’s the draw in full:

Manchester City and Liverpool both lead the way in the odds, with the former best-priced at 4/1 with Ladbrokes and the holders Liverpool available at 19/4 with Unibet. Barcelona is in close proximity at 5/1 generally, whereas Paris Saint Germain looks a fair bet at 15/2 with Betfair.

Liverpool and City are worthy favourites for the competition, but experienced punters will not be too keen to part with their money after learning that City will play Real Madrid and Liverpool will play Atlético Madrid in the Last 16.  While the Madrid sides aren’t exactly firing on all cylinders, it’s still an incredibly tough series of games for the English giants. Of the favourites, Barcelona looks best placed to honour the bookmakers’ faith.

Bayern Munich has been given odds of 7/1 despite being handed a tough draw against Chelsea. Cristiano Ronaldo’s Juventus looks a bit more compelling with odds of 12/1 from Sport Nation. And, Real Madrid is cited at a huge 20/1 by Bet365, so it seems bookmakers are really keen on Manchester City’s chances of coming through the clash against Madrid.

We can’t shake the feeling that the 20/1 offered for Real Madrid is good value and will tempt bettors, certainly worth a shot to nothing using a free bet offer from the team at https://www.freebets.com/. Sure, Manchester City is widely regarded as one of the best teams around, but Guardiola’s men have struggled of late. While it’s been fashionable to slate Real Madrid recently, it’s worth noting that Los Blancos are keeping pace with Barcelona at the top of La Liga. Reports of the team’s demise have been largely exaggerated in our view.

A young Borussia Dortmund team is priced way out at 66/1 to win the Champions League with Betfred. Chelsea and Atalanta will also draw interest with odds of 50/1 and 100/1 respectively. Of course, all three of those teams have been drawn against sides considered superior by bookmakers.

Let’s be clear about something: Dortmund is way overpriced at 66/1, especially when you consider the team is currently ahead of Bayern Munich in the Bundesliga. Another interesting dark horse pick is Atalanta, who will face Valencia in arguably the most low-key fixture of the round. However, it should be stressed that being overpriced in the odds and winning the Champions League are two very different things.

The Last 16 draw has thrown up some interesting ties, and we tend to think City and Liverpool are overboughtsomewhat. Below are our picks for tournament betting: