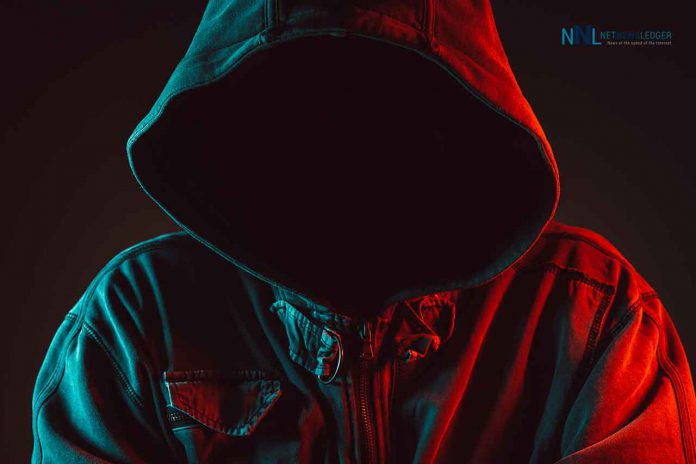 Life is full of problems and we can’t run from them. We should always try to find a permanent solution for them. Some issues can be more serious and may bring a lot of distress in your life. Instead of getting scared and running away, we should face and fight them. If you have done nothing wrong, then the law is also on your side. It is the responsibility of the state to protect its citizen in every difficult situation, especially when it comes to your security.

All you need to do is ask, the law will provide you with a proper solution. Every threat isn’t from foreign countries, terrorists, or mugs. There are also people who are close to us but they still hurt us, or there could be people who wouldn’t touch you physically but still make your life difficult for you. If you are facing any issue of this sort, you can get a restraining order against that so he/she won’t disturb you. Many celebrities have to get a lot of restraining orders because of some lunatic fans and haters.

British television presenter Alexis Bowater has been stalked three separate times, according to an article published on the BBC. She said, “It’s extraordinarily psychologically damaging and traps you in an unwanted relationship with somebody that quite often you’ve never met and never want to meet. You’re locked in a relationship with this perpetrator who’s trying to control your life.”

When Can You Get a Restraining Order?

A restraining order protects you from someone who could hurt you. The hurting isn’t limited to physical communication. If someone is harassing or stalking you, a restraining order will make them stay away from you. You can use this law against your spouse if you were facing domestic violence. It also protects you in case someone tried to assault you sexually.

This helps a broken couple stay safe from each other, and from anyone who could hurt even if you are not in a de facto relationship with them. You can take out a restraining order to protect your possessions and family. This law was created with the objective of helping people avoid harassment, stalking, domestic violence, and sexual assault.

How to Get a Restraining Order?

In many cases, people get a restraining order just to get back at someone without a valid reason. This could hurt someone’s self-respect and make a few things difficult in their life. Law is created for everyone and it equally protects the rights of every person regardless of their background. This is why the law allows them to challenge and fight against a false restraining order. If you ever have to file a petition or fight against a falsely filed one, acquire the services of a restraining order lawyer. They have experiences with all types of restraining orders and know how to get the court to issue an order. They will not only file the case for you but also win it.

They Have to Keep a Distance

When you get a restraining order against someone, that person has to keep a specified distance from you and your possessions. They can’t come near you if you are walking in a public place like a park. If you see them not following the restrictions, you just have to call the cops. They will have him/her arrested for further action as soon as you prove that you’ve got a restraining order.

The person was bound by law to follow the restrictions because he/she was seen as a threat. A person threat to the public usually goes to jail. The restraining order is like a warning for them to respect other’s security and privacy. If they fail to do so, they are sent to jail for a time specified by the court. That’s why most people don’t dare break the order; otherwise, it could affect their entire life.

There is more than one way to reach out to someone whether to help or harm or them. Some people might try to contact you through phone calls, emails, or other means of communication if they can’t come personally. Law understands that it could cause mental and emotional distress to you. Many angry people are known to leave abusive voice and text messages after getting a restraining order. That’s why the court restricts them from all sorts of communication – not even through another person. This also gives you peace of mind knowing the abuser won’t be disturbing you in any way. You slowly forget it over time that you even had such an issue when you don’t see or hear from that harasser.

Most people, especially celebrities, are more worried about their kids than themselves. Of course, who wouldn’t be worried that a mentally unstable person has a grudge against them? Luckily, the law protects your family along with you when you get a restraining order. This will ensure that no one can threaten your kids or spouse so you can be peaceful. The same restrictions of distance and communication apply to the family that court granted for you.

When the court issues a restraining order, it also protects your possessions. Your possession could be your house, car, mobile phone, or even a bag. The most important and valuable things of all are our pets. Lunatics are known to hurt or threaten pets to satisfy their grudge. This won’t be the case when you take out a restraining order. If they are seen anywhere around your pets, they will be arrested. However, this order can’t be easily carried out against your spouse or any other partner. There will be a different case on the custody of the pet and, even after that, the restraining will be issued only if the person is considered a threat.

Get Rid of a Stalker

Stalking has become a fashion for many people. It was considered creepy and it still is, but some people see it differently. They don’t understand the concept of invasion of privacy and the fear it brings to the person they are stalking. It sounds interesting to some men, but it’s really scary for kids and women. They are more likely to attract a stalker and are more vulnerable compared to men. It’s always the best option to get a restraining order against the stalker before it gets worse.

You can lift off the order in case you clear things out with him/her. However, it’s also suggested to first make sure that there really is a stalker and that you are not overreacting. The other person can file a case against you if he was falsely accused and it could become a problem for you. Some people take their self-respect very seriously and don’t ignore any such issues. There is a possibility that the purported stalker might actually have the same timings and route as you.

It’s no secret that former partners can get jealous of seeing you happy and succeed in life. Most people keep their feeling to themselves; however, not everyone has the same self-control. Some let their anger get the best of them and do things that create problems for them, their family, and other people. Many former boyfriends and husbands are known to threaten the new relations of their partners. Likewise, many girlfriends and wives have tried to create a bad image of their former partners. Sometimes, things go out of hands and they end up physically confronting the other. This would have been acceptable if it was just a play between two friends who aren’t talking for the time being. However, separated adults can’t and shouldn’t do anything to disturb someone’s peace.

In addition to jealous former partners, there are also those people who fail to move forward with their life. Having hooked up on the ex, they stop their life and make it difficult for their partner. They try to win their loved one back, but they end up making things worse. One should try to wait for the right time and explain things in a calm environment and manner with another person’s consent. Otherwise, it’s counted as harassment which leads to restraining, fine, or jail.

Stop Someone from Annoying You

Celebrities are really annoyed by photographers, especially the ones who work for newspapers or magazines. They constantly keep trying to take photos from different angles including improper ones. As they aren’t physically touching them, they aren’t willing to accept it as harassment. The state has taken care of this issue by creating several laws against paparazzi. However, not everyone is a celebrity and not everyone is disturbed only by paparazzi. There might be someone from your past or from your workplace who likes making your life difficult. A simple restraining order is your right when someone is annoying you. It’s psychological harassment to create disturbance in someone’s life. However, it’s wise to try to sort things out by talking with him/her yourself instead of brining law into it.