Home Health Could This Tooth Gel Put an End to Dental Fillings? 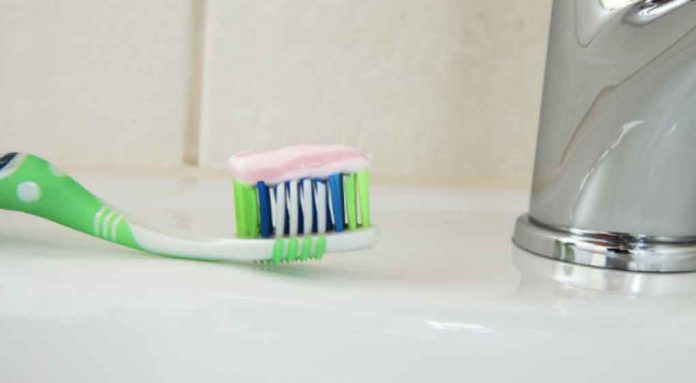 Like it or not, we often judge others on the beauty of their smile. It’s not surprising, then, that 32% of people say they’re concerned by the look of their teeth. But that doesn’t necessarily mean we’re eager to visit the dentist. Fortunately, thanks to a new scientific method, certain dental visits might no longer be necessary.

We do all kinds of things to improve our teeth, though many people prefer a do-it-at-home method when possible. Whitening kits are readily available in grocery stores and pharmacies, while the 4 million Americans who wear braces now have other home delivery options to invisibly straighten their teeth without help from their orthodontist. Now, scientists have developed a gel that may one day be used to regrow tooth enamel — which could eventually render the need to have cavities filled totally obsolete.

In 2017, nearly 127.6 million American adults visited a dentist, and dental carries (or cavities) are among the most common reason for having any kind of dental procedure. Since enamel doesn’t grow back once it’s damaged (which happens when a tooth becomes decayed due to plaque buildup), dental intervention is needed to fill in the tiny holes that form. This is what keeps the enamel from being destroyed any further.

But thanks to the hardworking researchers at China’s Zhejiang University, cavity fillings might soon become a thing of the past. They’ve created a gel solution that, when applied to damaged enamel, can regrow these materials in just 48 hours. The gel, which contains calcium and phosphate (known as the foundation of real enamel naturally found in our mouths), was applied to teeth from deceased individuals that had been damaged with acid. The teeth were then placed in containers of fluid made to mimic environmental factors in the human mouth. After two days, researchers found that a layer of new enamel had formed. While the new layer was nearly 400 times thinner than the undamaged enamel underneath, researchers are confident that the gel can be applied repeatedly to build up the layers and essentially repair affected teeth without fillings.

Certainly, the experiment is still in its early stages. The next step will be to test the gel on the teeth of laboratory mice before moving onto live patients. However, scientists can preliminarily say that the gel is safe and effective even when human subjects eat and drink during its application.

Lead scientist Zhaoming Liu explained in the study, “Our newly regenerated enamel has the same structure and similar mechanical properties as native enamel… We hope to realize tooth enamel regrowth without using fillings which contain totally different materials and we hope, if all goes smoothly, to start trials in people within one to two years.”

Still, it’ll be some time before you might start to see this enamel repair gel on the market. For the time being, you’ll still have to make a visit to your dentist to have your cavities filled and to ensure you can light up the room with your smile.

Everything You Need to Know About Wearing Invisalign

Will Independent Canadian Dental Offices Soon Be A Thing Of The Past?

5 Tips to Enhancing Your Smile

3 Things you should know about Dental Implants

Christmas Gifts for your Smile!