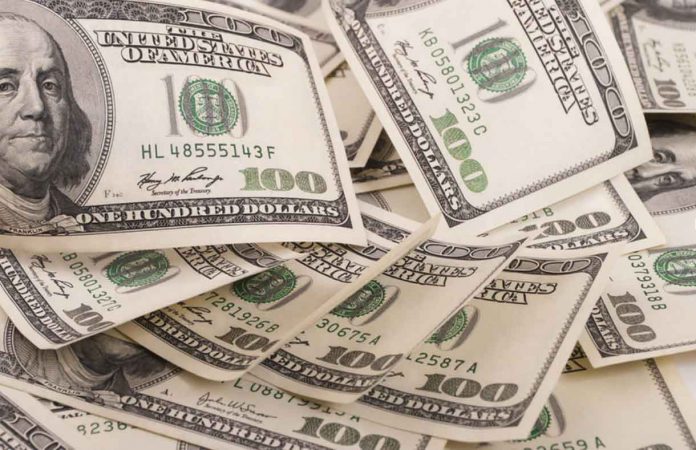 The U.S. economy is expected to expand through 2020, but experts predict a slower pace of economic growth. According to the April survey for the National Association for Business Economics, only 53% of polled economists (14% fewer than in January) said they expect the economy to grow by over 2% in 2019.

The shift in expectation came after the U.S. Department of Commerce reported that the economy grew by 3.2% in the first quarter. Experts say the economy grew quickly because of a shrinkage in the trade gap and an increase in company inventories, which are only temporary factors.

Businesses increased their regular number of imports at the end of 2018 because they were concerned that more tariffs would be implemented against China. The Trump Administration has held off trade talks with China, but economists involved in manufacturing say that 75% of the import taxes were negative.

Compared to the 500,000 patent applications the USPTO received every year, the U.S. Department of Commerce received 38,000 requests from companies to excuse them from the tariffs. The Commerce Department only granted 370 waivers.

However, profit margins have increased in 32% of corporate economists’ firms. Another 52% say there was a shortage in skilled labor, a sign of possible wage pressures. Employers are also facing pressure to spend more on worker training and automating tasks because of the low unemployment rate.

A low unemployment rate means there are fewer people to fill positions at businesses. This may sound like a small problem and greater financial benefit considering the average employee’s printing expenses can cost a company $600 to $1,300 a year. But a growing number of small business owners are actually becoming more pessimistic.

Small business owners’ uncertainty is also visible in their plans to expand. The Bank of America survey shows that 67% of owners plan to expand their company in 2019, a 2% drop from 2018. What’s more, only 56% said they plan to expand over the next five years compared to the 60% that planned to do so last year.

The one area that did see an increase in the survey was the number of business owners who plan to hire. In 2018, approximately 22% of employers said they planned to expand their workforce.

Now, up to 24% say they plan to hire. But employers will need to consider how they can reach out to potential employees because of the low unemployment rate. About 68% of job seekers between the ages of 23 and 38 say the option to work remotely would increase their interest to work for specific employers.

The current levels of unemployment the U.S. is experiencing are rare. The current unemployment rate, as of January, is 4%. But the rate dipped as low to 3.7% in 2018, the lowest the country’s employment rate has been since 1969. Although it’s worth noting, more than 3 million temporary and contract employees work for America’s staffing companies during an average week.

Low rates of unemployment may sound like they’re a good thing, but they’ve been known to cause inflation. It may be for this reason that small business owners have been growing uneasy about the nation’s economic environment.

Rising interest rates, the stock market’s recent unpredictability, and consumer spending were each cited as economic concerns of approximately 50% of small business owners in the Bank of America survey. Another two-thirds of employers said the nation’s political environment was their top economic concern.

Employers are also more pessimistic because the nation’s latest tax law hasn’t provided them with the financial boost they had expected. About 28% of employers said the government’s new tax policy has had a positive effect on their company. But that’s in comparison to the 45% of employers who had a positive outlook on the country’s tax policy in 2018.

About 50% of the companies said the new tax policy had little to no effect on their business. And up to 21% said the policy has had a negative impact on their company, a 6% increase from 2018.

Is A Personal Injury Case A Class Action Lawsuit? And How?