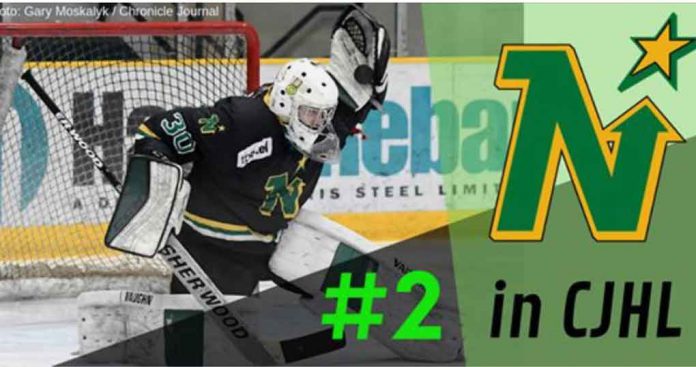 CALGARY, Alta. – Continuing to rack up victories, the Brooks Bandits (AJHL) stay at No. 1 for yet another week in the Canadian Junior Hockey League Top 20 Rankings, announced Monday.

The 2019 Canadian National Jr. A Championship-host Bandits have skated to 19 victories in succession and are 43-3 overall to pace the AJHL.

Heading into their league Showcase Tuesday and Wednesday, the Thunder Bay North Stars (SIJHL) have racked up eight consecutive wins to improve to 29-2-1-1.

Despite a double OT setback Friday, the Oakville Blades (OJHL) are playing .864 hockey and their 36-4-1-3 mark has them just ahead of No. 7 North York Rangers in the OJHL.

Perennial MJHL power, the Portage Terriers boast a 36-8-1-1 record in Manitoba and are nine points clear in the quest for the regular season title there in that 11-team loop as they jump to No. 5 nationally.

Others listed in the Top 10 this week include les Cobras de Terrebonne (LHJAAAQ); the Soo Thunderbirds (NOJHL); Bonnyville Pontiacs (AJHL) and the Brockville Braves (CCHL).