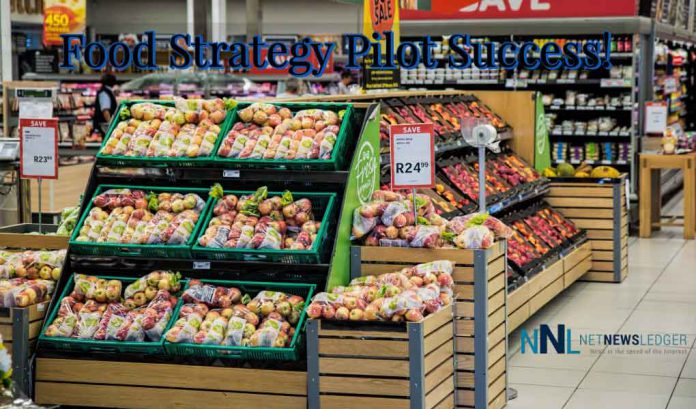 This pilot project was created for the student population to increase physical access to healthy and culturally acceptable food. The first phase of the project, sponsored by LUSU, welcomed over 40 students and brought them to three local sites including Walmart, Superstore, and The Thunder Bay Country Market.

“We hope the first phase of this initiative can spur partnerships within the community and in the area to help increase food access,” says Victoria Pullia, Intern at the Thunder Bay and Area Food Strategy. “Many community members and businesses reached out since we ran the first buses and we are working with them to set up a similar service for their clients.” The coordinating committee created a ‘Grocery Bus Service’ Pilot Phase One report which is available at tbfoodstrategy.ca/resources.

“We are using the feedback provided by the students to implement Phase Two,” says Shawna Holmes, Campus Innovation Lead at Meal Exchange. Phase Two, which will run through February and March 2019, will be in partnership with LUSU as well as other local establishments that have reached out to the committee.

“Phase two is in the planning stages and more information will be released to the community when dates, locations, and times are finalized,” added Pullia.

With support from the Maple Leaf Centre for Action on Food Security, Meal Exchange launched the Students Feeding Change (SFC) project and has been working to facilitate programs in Thunder Bay with the goal of supporting food security, access to education, and well-being among all students.

The Thunder Bay and Area Food Strategy work with over 40 partners across the region to build a more sustainable, healthy, and equitable food system.