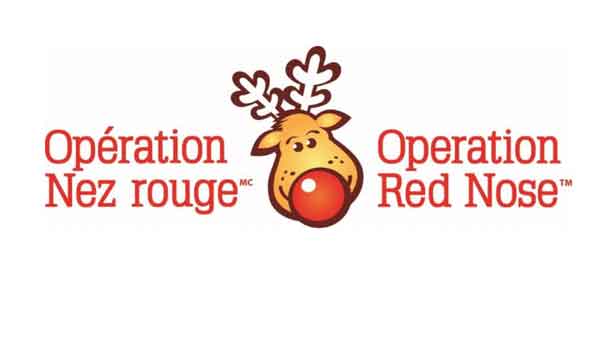 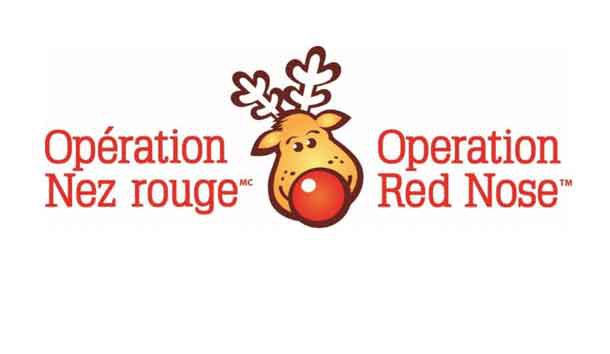 Present in 102 communities across Canada, from New-Brunswick to British Columbia, the service will have allowed 73,150 Canadian motorists to get home safe between November 30th and December 31st.

Reaching this impressive number could not have been possible without the participation of a large family of volunteers who valiantly donated of their time. They were 260 in 1984, and 50,440 to take part in the past campaign across Canada, bringing the total number of safe rides provided since the creation of Operation Red Nose to an impressive all-time total of 2,297,491. In Ontario, 1,670 courageous volunteers braved winter conditions to safely drive home 2,849 motorists who had reached out for a safe ride.

A commitment which captures the heart
“You were more than 50,000 to join us in celebrating Operation Red Nose’s 35 years of existence and delivering a campaign which demonstrated the importance of its safe ride service. Throughout Operation Red Nose’s growth across Canada since 1984, one thing has remained: the pertinence of its service, year after year. Operation Red Nose is not only a fun and unique activity, it’s also a concrete action against impaired driving, and a contribution to safer roads during the holiday season. For the 35th consecutive year, I say ‘Mission accomplished’! Thank you to everyone for your heartwarming commitment”, declared M. Jean-Marie De Koninck, Founding President of Operation Red Nose.

Operation Red Nose: a shared success
Operation Red Nose’s mission continuously inspires new partners to support its cause, in addition to all those who renew their support, year after year. Police detachments, businesses, and various types of organizations join forces for one common goal: providing an additional option to get home safe to all who don’t feel fit to drive.

The dedication of volunteers, the financial contribution of clients and the tremendous work of those local organizations which organize the safe ride service in their community enable Operation Red Nose to annually raise 1.5 million dollars. This money is entirely redistributed to help support local youth and amateur sports organizations.

The Red Nose mobile app is a must for safe celebrations
Over the past few weeks, a large number of clients and volunteers used Operation Red Nose’s mobile application from their smartphones. The app allowed motorists to contact the closest headquarters and to set an alarm as a reminder to call for a safe ride home. With 95,155 uses recorded during the 35th campaign, the app definitely became a must for safe celebrations.

About Operation Red Nose
Operation Red Nose is a non-profit organization with a mission to encourage responsible behaviour with regard to impaired driving, in a non-judgmental manner, by enabling communities to provide a free and confidential chauffeur service to their members. The money it raises is redistributed to local organizations dedicated to youth and amateur sports.