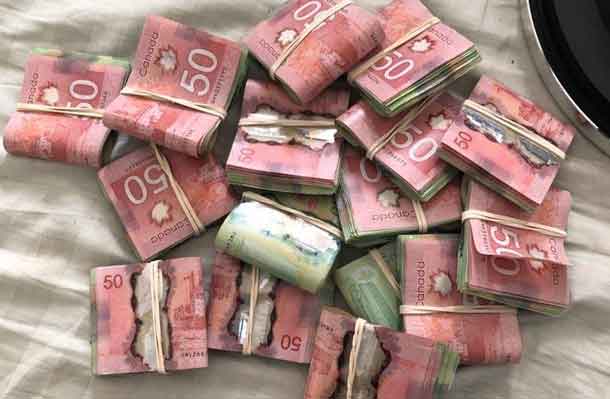 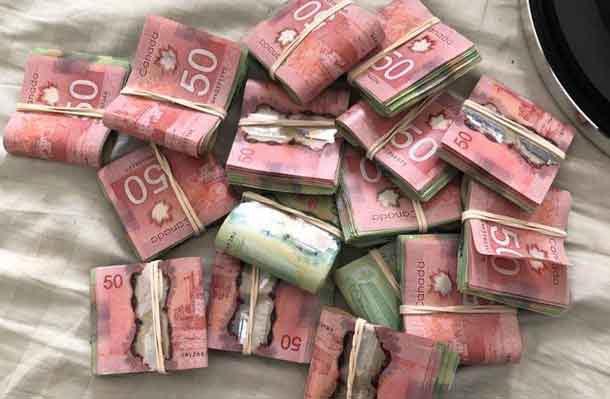 NORWAY HOUSE, MB – On November 20, 2018, as part as an ongoing investigation, Norway House RCMP stopped and searched a vehicle. They seized a quantity of individually wrapped pieces of crack cocaine and a large sum of Canadian currency.

A 49-year-old female and a 28-year-old male, both from Winnipeg, were arrested for Possession for the Purpose of Trafficking and Possession of Property Obtained by Crime.

As the investigation progressed, officers obtained a search warrant for a residence on Alex Duncan Drive in Norway House. Officers seized approximately 113 grams of cocaine, a quantity of crack cocaine and a large sum of Canadian currency.

On November 21, 2018, Norway House RCMP, along with RCMP Police Dog Services, executed a search warrant at a residence on Roger’s Point in Norway House, Manitoba.

A significant amount of Canadian currency was located hidden in a wall of the residence. Further investigation led officers to conclude the currency is proceeds of crime.

Currently, eight suspects are in custody and charges of Possession of Property Obtained by Crime are pending.

In the last few weeks, Norway House RCMP has obtained four search warrants under the Controlled Drugs and Substances Act and have taken a substantial amount of drugs and proceeds of crime off the street.

Those who produce and traffic illicit drugs destroy lives, homes and communities. The RCMP remains fully committed to enforcing laws against illicit drugs to their fullest extent.