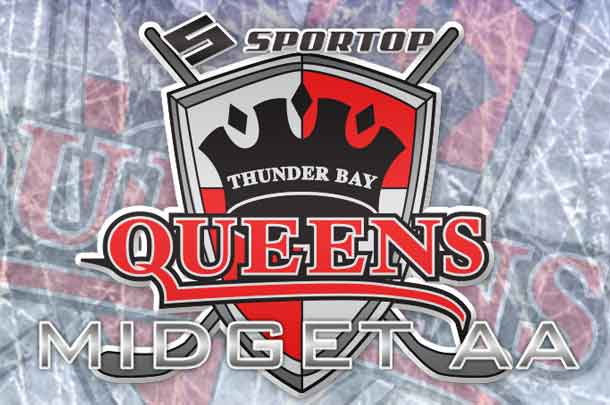 THUNDER BAY, ON — The Thunder Bay Bantam A Queens once again found themselves on the wrong side of a 2-1 game, dropping their third straight 2-1 loss at the Norwest Tournament, this time to the Current River Comets Peewee AA. Brooklyn Etreni managed the lone goal for the Queens. In the evening, the prospect of another 1-goal loss reared its head against the Elks 82s but two goals in the third period by Etreni would allow the Bantam As to skate to a 2-2 tie.

Meanwhile, the Peewee Queens, who are also competing in the Peewee AA division, had a rough start with a 5-0 loss to the Fort Frances Canadiens Saturday afternoon. The Peewees would come close but fall just short against Norwest with a 3-2 loss.

Both Queens teams have been eliminated from competing on Championship Sunday.