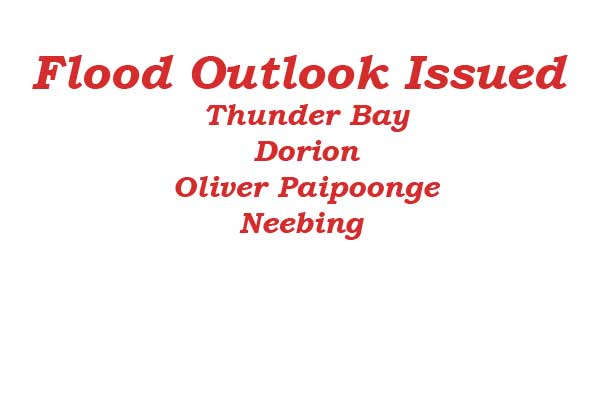 THUNDER BAY – The Lakehead Region Conservation Authority continues the Flood Outlook Statement for the Lakehead Region including: City of Thunder Bay, Municipalities of Neebing, Oliver Paipoonge, Shuniah and the Townships of O’Connor, Conmee, Gillies and Dorion.

It is expected that area waterways will continue to rise marginally throughout the day. Additional precipitation is forecasted with another 20 millimetres possible over the next two days.

The Neebing-Mclntyre Floodway within the City of Thunder Bay has begun to divert water and is expected to divert over the next several days.

Based on available records, this the latest date in the year the Lakehead Region Conservation Authority has ever issued a Flood Message or has the Neebing-Mclntyre Floodway ever diverted. Authority Staff will continue to monitor conditions as part of its flood forecasting and warning program and will issue updates as warranted.

Flood Watch in Effect for Region