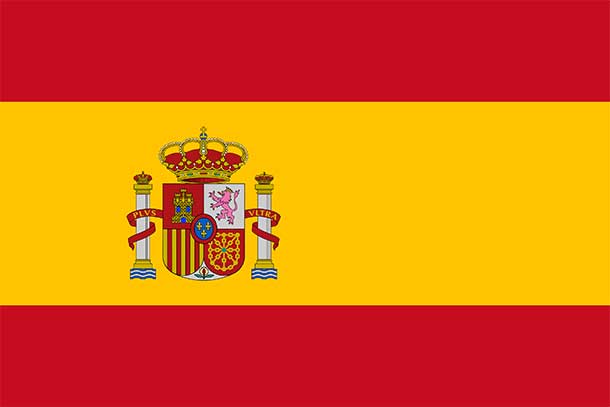 POLITICAL VIEW – For more than 40 years in the political arena of Spain two parties had been dominating, the People’s Party and the PSOE Party (Spanish Socialist Workers’ Party), which alternated in power. The last catalytic elections of December 20, 2015 resulted in a significant weakening of these traditional political forces and the emergence of new antiregime parties.

The emergence of the left party Podemos of Pablo Iglesias – product of the so-called movement of the “Indignant” – and of the center-right party Ciudadanos of Albert Rivera (which was supported by some mass media), in the third and fourth place respectively with high percentages (20.6% of the votes and 69 seats and 14% of the votes and 40 seats), shows the end of the forty-year-old two-party system and marks a new period for Spain.

This result, of course, is due largely to the economic crisis in Europe.

The anti-popular austerity policy which was faithfully implemented by the government of Mariano Rajoy in the past four years, combined with a corruption scandal regarding his party, transformed the party map of Spain and led to the emergence of a new four-party political scene.

The new parliamentary reality, where no party has an absolute majority, leads inevitably either to a coalition government that the majority of Spaniards seems to prefer or to new elections. After four years of governance with strong majority, Spain is now facing the prospect of some kind of political instability that torments the other European countries as well, since the fragile government coalitions and the traditional parties that dominated the political scene for decades, feel strongly the pressing effects of the years of economic hardship and the growing wave of immigration.

The new Spanish government, whenever it may occur, with or without new elections, shall immediately be confronted with very serious problems and challenges.

Although this European economy came out of the recession and entered the road to recovery, it will take several years, without regressions, to recover the lost ground. Otherwise, if the Spanish economy gets into reverse mode again, this precarious recovery will resemble the suspended step of the stork. The country is beset by the second highest unemployment rate (21.18%) in the Euro-zone following Greece, and the unemployed Spaniards are more than five million. Poverty increases on a daily basis and threatens to disintegrate the social web of the country.

“Poverty is the worst form of violence” once Mahatma Gandhi declared. With the applied vast neoliberal policies the gap between the rich and the poor is constantly growing. In 2013, 22.2% of the households, based on the most recent data of the National Statistics Institute (INE) of Spain, lived below the poverty line, i.e. their income was less than 60% of the mean national disposable income.

Many people are living today without heating and without electric power, countless families face eviction and have no other residence (34.680 first houses, that is 95 a day, were confiscated in 2014 by the banks to be sold, according to the INE), many pensioners cannot pay for their medicines. Also, more than one in three children – or 2.6 million – are now faced with the risk of poverty and social exclusion, according to the most recent data of the European Commission.

The high percentages of the long-term unemployed combined with the drastic cuts in expenditures on health and education have led more families and children to poverty in spite of the financial recovery. The public debt is continuously showing an upward trend and based on the latest official figures, is at 98.8% of the GDP, approaching the high level of 100% of the GDP that reached or exceeded in the years 1900 and 1909.

The “informal economy” is estimated at 25% of the GDP, i.e. 235 billion Euros that have not been declared, thereby depriving the Spanish State from some very substantial financial resources. Meanwhile, the new Spanish government shall have to tackle the urgent issue of Catalonia.

The election of the separatist Carles Puigdemont, who shall be responsible for starting the process of independence, to the presidency of Catalonia, is a resounding wake-up.

“We need to commence the process to create an independent State in Catalonia, so that the decisions of the Catalan Parliament are sovereign”, he declared on Sunday 10th January 2016, under the cheering of the Members, only hours before the Catalan Parliament elected him head of the local government and successor Artur Mas.

The direct consequences of the unilateral declaration of independence of Catalonia, which is the richest region of Spain with a product of about 200 billion Euros, shall undoubtedly be extremely painful: without Catalonia, Spain shall lose 16% of its population, 25% of its exports, and 19% of its GDP according to the OECD. More than 586,000 companies are based in Catalonia – out of those 2,150 large companies employing more than 200 workers each, such as Gas Natura and the giant of garments Mango.

In Catalonia there is the factory of the Volkswagen group as well producing cars of the brand Seat. Besides, Barcelona is by far the first tourist destination across the country and one of the leading worldwide, with net proceeds from the arrival and stay of tourists reaching tremendous heights.

Meanwhile, both in the commercial and the industrial sector, Barcelona is perhaps the most fundamental pillar of the Spanish economy. The tendency of Catalonia for independence, this should be emphasized at this point, was born and acquired gigantic dimensions due to the austerity policies imposed by Brussels and mainly Berlin on Spain and of course throughout the Euro-zone.

This is the main reason why the Catalans want to become at least autonomous.

They want to have their own laws and their taxes not to go to Madrid to pay the austerity programmes. The reasons for the apparent break-up are therefore primarily financial, but also cultural.

In conclusion, the extreme austerity policies have hurt obviously and heavily Spain, like other countries in the Euro-zone. Therefore it is needed by the new Spanish government, which will be faced with a historic crossroad, to formulate a very clear progressive policy that will be built upon the re-examination of the Constitution, the direction of specific popular social reforms, the inhibition of uncontrolled privatization suffering, among other things, from issues of transparency, and the protection of the first housing to low income groups.

The effective combat against tax evasion and financial crime is also needed, as well as the appropriate restructuring of the production model and the significant easing of major structural imbalances, such as unemployment, budget deficits, and the public debt.