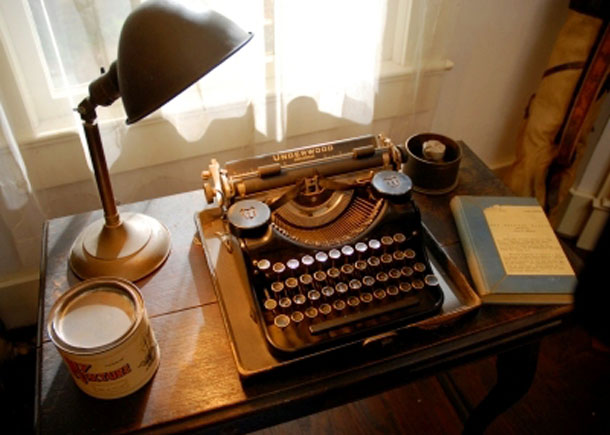 THUNDER BAY – EDUCATION – Over these last weeks in sauntering in another land, I located some ‘re-dig material’ on the American novelist William Faulkner as we motored about in the States. It seems a tug of two my former Southern professors was at my arm, off and on, while spending Research time in American Places. That meant pausing to locate and read works by one of their favourites from Oxford. That would be Oxford, Mississippi, not the British Isles University near London. So that became a cluster of very good sessions which were wonderfully inspiring paging through the works of the American Nobel Prize winner William Faulkner. Although thinking, reflecting, these days both college and university students back home will be returning to their Fall Curriculum. With many engaged in creative writing classes. It seems Faulkner’s ideas in writing and what he taught at the University of Virginia Carolina might provide a touch of inspiration regarding how Faulkner approached his work.

Faulkner liked to say, “there may very well be a few other candidates who claim authorship of a Shakespearean play. But what is important is that there is something known as Hamlet and play called A Midsummer Night’s Dream.  Not who wrote them, but that somebody did. Those productions, regardless of authorship, are true classics. Will forever be so and esteemed by generations of readers and theatre patrons.

I always think the story will compel its own style. If one is bothering about style one is going to write precious emptiness. Stay on task. Your style will come in your own sweet chariot time.

You have got to read. Read. Read. Read everything around where you are. Just as a carpenter who works as an apprentice and studies the master. You will absorb in research and reading. If it’s good material make your interpretations of it. However, if it is not…throw it out the window.

Once asked if it was harder to dream up a character, or, more difficult to get the character down on paper? William Faulkner went this way, “I would say to get the character in your mind. Your imagination. Once that character is in your mind, and he rings true, then he will assist you inside the novel. But that is the gestation time. Then, when you get to know that character is alive you simply have to believe in him. You tot along with him where you direct actions. And as the actions come to fit just right, your character takes on a mythic yet very real–yet fictionalized–book span in life. That’s where your patience and mulling over in your mind the true-ness of your character will come into being. The business of putting his movements and dialogue on paper is…just merely mechanical.

A writer has got to keep astride of a good regimen in writing. No one can do that for you. To keep the course. To maintain is a key component. Write about your experiences. And for me experience is anything that you perceive to be good. Useful in your task of writing it all down.

It seems Faulkner apparently had ‘an innate feeling’ after dishing out something like seven pieces of advice…that, inevitably, was always a fair time to stop. So that becomes this current allotment of Seven Pieces of A Writer’s Advice.  He would pause. And break off to let others acknowledge, learn and decipher from William Faulkner’s ‘informal’ writing methods. Truth be told, also, Faulkner would show he was capable of delivering the 99% discipline and 99% hard work to his craft. Fir Faulkner once completed a full-length novel in just 47 days. That novel helped pave the way to Faulkner’s honour in winning a Nobel Peace Prize for Literature.

How to write an essay when you have no time

4 Reasons to Use Resoomer for Better Text Summaries

Why Writing Is Important in Business?