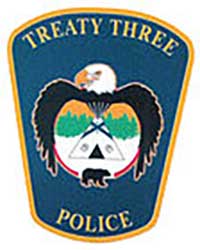 The deaths of the two young men has hit hard in both their home communities of White Sands First Nation, Pic River First Nation, and across the Pow Wow Circuit in Northwestern Ontario.

There was a ceremony on Fort William First Nation last night.

Dancers and Drummers alike are feeling the pain as the two young men were active members of the community.

A subsequent Investigation conducted by the Treaty Three Police Service, in cooperation with the Ontario Provincial Police Traffic Investigators, Dive Team and Provincial Liaison Team have revealed that alcohol, speed, and a lack of knowledge of the general area were major attributing factors to this tragedy.

As a result of the investigation, The Treaty Three Police have charged one eighteen-year-old male from Thunder Bay with Impaired Operation of a Motor Vehicle, Dangerous Driving, Race a Motor Vehicle and Drive with No License.

The accused has been released for a Fort Frances court date set for September 8, 2015.

The Treaty Three Police Service would like to remind the public of the severe dangers of drinking and driving and further encourage all persons choosing to consume alcohol to plan for a safe ride home.

Should anyone have information on this incident or any other Crime you are encouraged to contact your local Treaty Three Detachment or call Crime Stoppers toll free at 1-(800) 222-8477 (TIPS).

NetNewsLedger extends our thoughts and prayers to the friends and families.