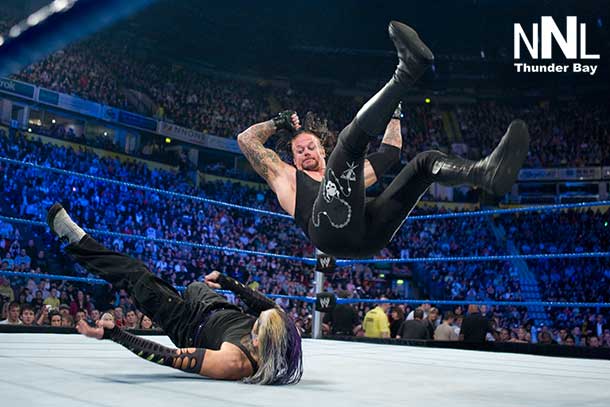 STANFORD – SPORTS – After the Royal Rumble in Philidelphia, some wrestling fans started protesting on social media. Their goal was getting people to unsubscribe from the fledgling WWE Network. The WWE has released the latest figures on the WWE Network showing a growing subscriber base.

WWE Network has surpassed 1 million subscribers just 11 months after launch, making it the fastest-growing digital subscription service. These results represent a 37 percent increase (24 percent domestically) in subscribers since last reported at the end of third quarter 2014, driven primarily by a successful free November promotion, the launch of the service in the UK and significant additions for the Royal Rumble pay-per-view event.

“We’re thrilled that we’ve surpassed the 1 million subscriber milestone less than a year after launching WWE Network and in advance of WrestleMania, our biggest event of the year on March 29,” said WWE Chairman & CEO Vince McMahon. “We remain focused on delivering an outstanding value proposition for ours fans by adding new content and new features in the coming year.”

Like other digital subscription services, such as Netflix and Hulu Plus, fans are able to sign up for WWE Network online by going to WWE.com and can watch WWE Network on their TVs through connected devices such as Sony Playstation 3, Sony Playstation 4, Xbox One, Xbox 360, Amazon Fire TV, Apple TV and Roku streaming devices as well as Smart TVs including Sony and Samsung. The U.S. English language version of WWE Network is available direct to consumers in more than 170 countries and territories and recently launched in the UK and Ireland.

Average fourth quarter and year-end WWE Network numbers will be reported in the normal course as a part of our earnings release on February 12.