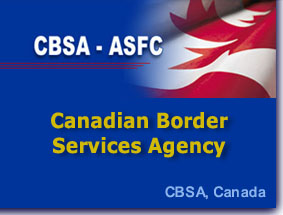 FORT FRANCES – CRIME REPORT – If you have ever watched the television program Border Security, you get to see some of the tasks that Canada’s CBSA officers deal with in doing their job.

Their tax is to all transit for legitimate travellers and goods, while protecting the safety and security of Canadians and ensuring that Canada’s borders are not used for illegal activity. This work is carried out by CBSA border services officers (BSOs) who ensure that the people, goods and conveyances entering Canada meet all requirements and are compliant with Canadian law.

Here are some highlights of immigration and customs enforcement activities for October:

CBSA officers at the Fort Frances port of entry (POE) processed 58,323 travellers in 34,432 vehicles, which represents a one-percent decrease in travellers and no change in vehicles from October 2013. More than 496 international travellers entered by bus.

On October 10, an individual from the United States was seeking entry into Canada to hunt. The traveller was referred for an immigration examination. During the interview, officers discovered that the individual had been convicted for criminal trespass to dwelling and harassment/fear of death injunction in the United States. He was deemed inadmissible due to his criminality and was allowed to withdraw his application to enter Canada. He returned to the United States.
Customs highlights

On October 13, two returning Canadian residents declared that they were absent from Canada for the day and had made no purchases. Their vehicle was referred for a secondary examination. During the exam, officers discovered a bottle of vodka in the trunk and a carton of cigarettes hidden in the spare tire compartment of the vehicle. The items were seized with no terms of release and the travellers had to pay a $57.50 conveyance penalty.

On October 30, a Canadian resident returning to Canada after one night in the United States declared he had made no purchases. The individual was referred for a secondary examination. During the exam, officers discovered a tree stand for hunting and ammunition in the vehicle. When the individual was questioned about the items, he stated that they were gifts. A receipt for the items was discovered and the goods were seized for non-report. The items were released back to the traveller after he paid a penalty of $152.26. Had the items been properly declared, the traveller would have paid approximately $33 in taxes.

CBSA officers at the Rainy River POE processed 24,634 travellers in 14,695 vehicles, which represents a three-percent decrease in vehicles from October 2013. More than 124 international travellers entered by bus.
Immigration highlights

Travel Tips : The CBSA reminds travellers to truthfully declare all purchases and goods received outside of Canada upon their return. Smuggling, undervaluation and other Customs Act offences may lead to seizure and/or prosecution in a court of law.

Certain foreign nationals who do not meet the requirements to overcome their criminal inadmissibility may be allowed to enter Canada with a one-time only fee-exempt temporary resident permit.