THUNDER BAY – Sports – Thunder Bay’s Haley Irwin has returned home to a warm welcome from Thunder Bay hockey fans. The large crowd waited patiently, the Air Canada flight was about half an hour late in arriving.

That simply served to allow even more people to show up at the Thunder Bay International Airport.

Irwin arrived, being one of the last people into the terminal. Excited fans greeted all of the passengers arriving off the plane with shouts and cheers, welcoming them to Thunder Bay.

Home Safe with the Gold 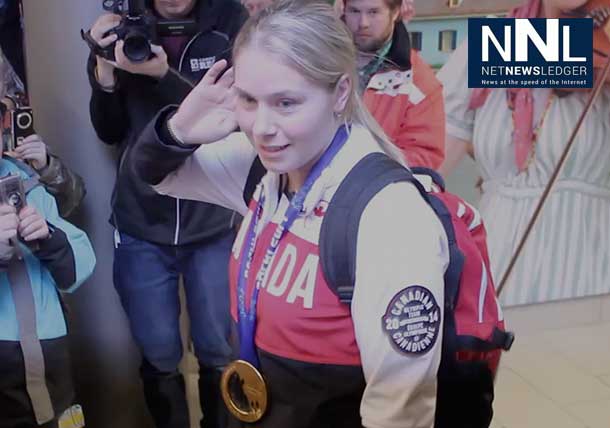 The flight was late – It didn’t matter

Students and many residents came out to celebrate Haley’s arrival.