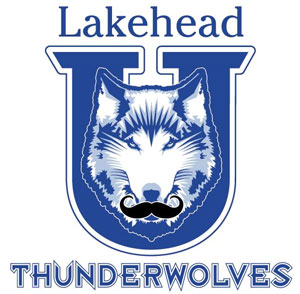 Boxscore
The ‘Wolves scored the first basket of the game, but that would be the only lead they enjoyed all evening. They were in deep from early on, with a 10-point deficit after the first quarter (19-9), and trailed by 15 heading into the half, 42-27.
Things looked grim early in the 3rd quarter, as Queen’s extended their lead to as many as 25 in front of their home town fans who enjoyed every minute of it.
The ‘Wolves did go on a 14-2 run to close the gap to end the 3rd quarter, and would bring the game to within 9 points in the 4th, thanks to some full court pressure that had the Queen’s offense temporarily stalled.
Before the ‘Wolves got too close, they would be the cause of their own demise, turning the ball over in the open court and playing soft defense around their own basket.
Igor Lebov led the ‘Wolves with 15 points and 7 rebounds, followed by Anthony McIntosh with 12 points, 5 rebounds and Dwayne Harvey had 10 points with 6 boards and 5 steals.
The Gaels had 4 players score in double digits, led by Roshane Roberts and Nikola Misljencevic with 16 points each.
It was certainly a puzzling statistic that Lakehead gave up a 20-point loss despite attempting 18 more shots (going 25-of-70, 3-of-20 from three) than their opponent (30-52).
Coach Matt Erdman speaking after the game said, “We didn’t bring the energy and focus needed in an OUA conference game. There was a moment in the 3rd quarter where we played the way we’re capable of. Turnovers throughout the entire game was again an issue and not continuing to go inside after our early success.”
The men’s team continues play tomorrow against York in Toronto at 8pm.
Webcast will be available via SSN Canada.