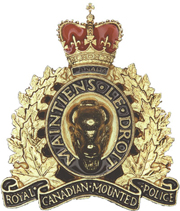 HIGH RIVER – The RCMP in High River are updating the situation in Southern Alberta. There are three deaths confirmed, and road conditions are washed out. Will some are seeing clear skies in the region, in the mountains to the west, there is still rain falling.

Southern Alberta RCMP District Emergency Operations Centre has received the following updates from communities that have been affected by flooding and this is the most current status of these communities.

Drumheller RCMP Detachment is reporting that the Mayor of Drumheller has declared a state of emergency and their Emergency Operation Centre is setting up.
Banff RCMP Detachment reports that water levels are starting to recede this morning.  Overnight the Bow River peaked at 458 cubes which is a new record.  Work continues on Highway 1 and vehicle access to Highway 1 east of Canmore is restricted to Emergency vehicles, supply trucks and authorized Roam Buses only.
The RCMP and the town of Canmore are working with tourists and truckers stranded in that community to try to relieve some of their concerns.
The Park Superintendent of Banff National Park reports that the Trans-Canada Highway #1 is open in both directions between Golden and Banff to private passenger vehicles and tour buses only.  No Commercial vehicles such as semi- trucks, 18 wheelers, or transport trucks except those making deliveries to the communities of Field, Lake Louise, Banff and commercial accommodations are allowed at this time.
Motorists are encouraged to consult the DriveBC website http://www.drivebc.ca/for road conditions west and south of Golden.
The Trans-Canada Highway eastbound from Banff towards Canmore remains closed until further notice.
Cochrane RCMP Detachment reports that Bragg Creek Hamlet and Redwood Meadows are allowing residents to return to their homes but there are limited utilities available in these communities at this time.  There is no change to the Town of Cochrane status.
Sundre RCMP Detachment reports that the Emergency Operation Centre for that town will be closed by the end of today.  Mountain View County still has the area around Coyote Creek Golf Resort closed to road washouts  This effects approximately 10 full time residences and a couple of hundred seasonal RV sites.  Local governments are preparing for clean up and road rebuilding.  Stream flow in the area is still considered high but is approximately half of what the peak rate was.
Vulcan RCMP Detachment reports no change.
Crowsnest Pass RCMP Detachment is reporting that flooding is under control.  Water levels have dropped significantly and people that were evacuated have all returned to dwellings.  No injuries have been reported.  Some residential streets have been closed due to construction equipment that is needed to mend the main line of Canadian Pacific Rail which was washed out.
Highway 3 is open to BC and has no reported problems.
Highway 22 is open north from Crowsnest Pass to Black Diamond.
Highway 940, which is a forestry trunk road is reporting numerous wash outs.  The M.D. of Ranchlands is currently working on repairs.

We’ve turned into a nation of winter wimps