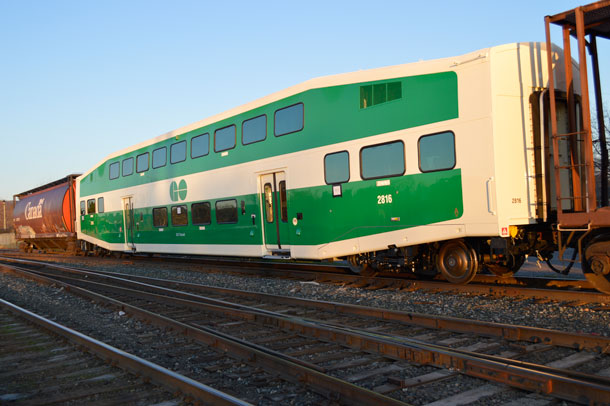 KENORA – Politics – Last week Metrolinx, a government agency tasked with coordinating the transit systems in the Greater Toronto and Hamilton Areas, released a series of controversial proposals for funding transit expansion in that region, including increases to the Gas Tax and HST, either regionally in Southern Ontario or Province-wide.

While it is important to be aware of these proposals, it is also important to state that right now they have not been endorsed by the Premier or the government.

Although Premier Kathleen Wynne and Transportation Minister Glen Murray have stated that public transportation expansion in the GTHA is a priority for them, they have only said that they will review the proposals and come forward with their own strategies – likely next spring -, which may or may not include concepts like raising the HST or Gas Tax.
While it may be relatively easy to limit the increase of the Gas Tax to communities in the GTHA, creating a regional HST increase is more complex because it requires the Federal Government’s consent. Unfortunately, Conservative Finance Minister Jim Flaherty stated in a letter last week that he is opposed to a regional tax and would only allow a province-wide increase.
What I’m hearing from people is that they cannot afford a 5 cents per litre increase in the price of gasoline or an increase in the HST, which would increase the price of many essential goods including hydro.
That is why, since being elected, I have supported proposals to make it easier for northerners to pay their bills and put food on the table. This has included the proposal to reduce auto insurance premiums by 15 per cent in this year’s budget, as a bill to take the HST off Home Heating, which the Liberals would not allow to proceed to third and final reading, and the NDP’s Opposition Day Motion to bring gas prices under control, which was defeated by the Liberals and PCs.
While I understand that Southern Ontario has some very unique transit needs, we in the North have our own lagging infrastructure that needs attention. Yet, once again, our needs have been pushed aside in favour of a narrow regional discussion on transit. While the Premier has suggested that taxes collected outside of the GTHA would go into regional infrastructure projects, the fact remains that families, seniors and businesses across the Northwest already feel their taxes are too high.
The fact is, there are other, more reasonable ways to fund infrastructure and transit needs without forcing those who are already struggling to pay their bills to pay more. This includes eliminating government waste and spending scandals, which will be accomplished through the creation of a Financial Accountability Office, which the NDP pushed for in return for supporting the budget. Other proposals we made during the budget process, such as increasing corporate tax compliance, eliminating loopholes that allow corporations to write off luxury boxes and expensive meals, and capping public CEO strategies would not only allow us to fund an ongoing province-wide transit and infrastructure strategy but would bring tax fairness to a system that desperately needs it.
Sarah Campbell MPP
Kenora