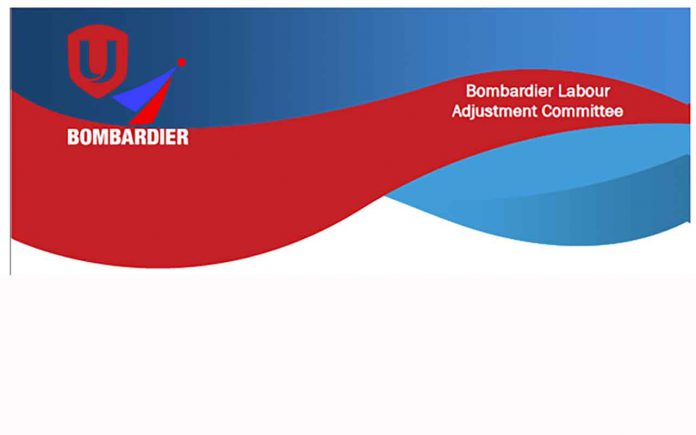 Thunder Bay – The Bombardier Labour Adjustment Committee and the Ontario government are pleased to announce that the operation of the Labour Action Centre has been extended for a year until October 2021.

The Centre’s mandate is to “support the adjustment process for workers, employers and community partners affected by economic and labour market change and to help employees being laid-off deal with the effects of losing their jobs, help them review their options and plan their next steps” said Adjustment Committee Chair Iain Angus “and this role is even more important given the additional layoffs that have occurred this year and those that may be laid off in the spring”. To date, 475 layoffs have occurred.

Angus also noted that “not all of those who were part of the first rounds of layoffs have found alternative work and it is essential that they have a place to go to seek information, advice and key training, particularly as the unemployment rate remains high in the Thunder Bay area.”

“I want every worker who has been laid off to know our government has their backs,” said Monte McNaughton, Minister of Labour Training and Skills Development. “Anyone who is willing to work hard should reap the rewards, and I’m pushing every day to make that a reality. This Action Centre is just one example of the millions of dollars we are investing to get workers across this province back on their feet.”

Anyone who has been laid off from Bombardier, regardless of which union they are a member of or if they are not represented by a union are not only welcome to use the Centre but are encouraged to do so. Angus noted that the Labour Action Centre is for all Bombardier workers and their families, not just those represented by UNIFOR and COPE.

Former employees of the plant have been hired to coordinate the work of the centre and to act as peer helpers to laid off workers and their families. Counselling services are also provided through a contract with the St. Joseph’s Behavioural Science Centre.

The Bombardier Labour Action Centre is located at 112 Gore Street, West in the UNIFOR Local 1075 Office Building and is open daily Monday through Friday from 9 AM to 4:30 PM. The Centre is currently operating virtually with workers connecting by telephone and social media and will continue in this mode until COVID restrictions are lifted.