Stephen Harper has his leadership under fire

That the Conservative Prime Minister has had to remove three of his Senate appointments from the Conservative caucus, and has two of his higher profile Senators facing investigation is likely highly embarrassing for Mr. Harper.

It is also very uncertain as to why instead of standing up to face the fire, the Conservative Leader is looking like he is on the run. It is almost like the experts in the Conservative camp who advise the Prime Minister on political affairs studied at the Richard M. Nixon Watergate School of Public Policy. Perhaps they studied there with Toronto Mayor Rob Ford? I digress.

Instead of stepping up right away, Mr. Harper started out with a tight-lipped statement that answered none of the questions Canadians are asking, and followed up with a trip out of town. On Monday the Prime Minister played hooky from Question Period, yielding the field to the opposition who are targeting the Conservatives.

The mark of a leader isn’t how they lead when all is well, the true mark of leadership is how a person handles a tough decision. In this case, Mr. Harper has fallen in behind his cabinet ministers depending on them to defend him.

It honestly doesn’t matter what they say either in the House of Commons or in the media, people want to hear a full and unabridged version directly from the mouth of the Prime Minister.

Until Stephen Harper does that, chances are the Ottawa Press Gallery and media and the general public are going to continue to demand real answers. 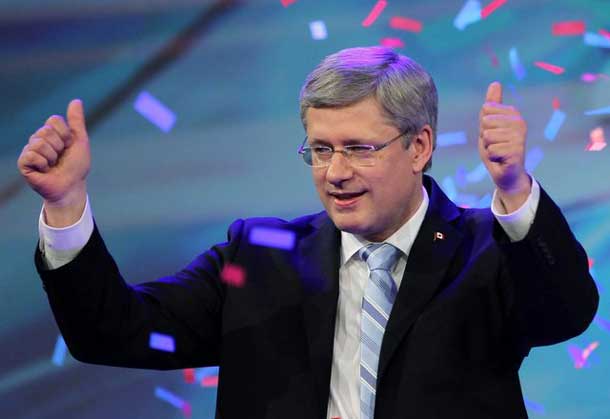 It might be difficult for the Prime Minister, but the individuals under question are people who he appointed. The scandal heads deep inside his office, and the answers must come, likely including those words so hard for weak leaders to say, “I’m sorry”.

Prime Minister Trudeau – We are all Tired of this Pandemic