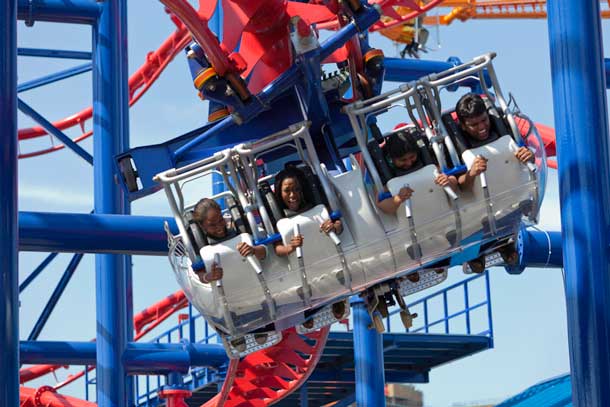 NEW YORK – The Big Apple offers innovation and leadership. Through the New York City Economic Development Corporation (NYCEDC) the pro-business state is moving ever forward. An area of leadership in New York is in building a knowledge-based economy, fostering the entrepreneurship and capitalism of the computer era.

That level of dedication to innovation in New York is helping the economy to continue to grow.

This week, the NYCEDC and The Network for Teaching Entrepreneurship (NFTE) announced the launch of the second year of NYC Generation Tech (GenTech), a program designed to provide high school students across New York City with education and mentorship in entrepreneurship and technology, as well as inspire them to become a part of the City’s growing innovation ecosystem.

This year, approximately 45 high school students will attend an intensive summer bootcamp, which teaches coding languages (CSS, HTML, and JavaScript), as well as entrepreneurship fundamentals, including how to find market opportunities and create a strong business plan. Students will be exposed to a variety of opportunities throughout eight weeks of classes, including guest speakers, mentorship sessions and field trips. As a result, these promising GenTech students will gain exposure to New York City’s steadily emerging tech sector, while learning to use design software and build mobile apps. Each student will also learn how to think strategically about entrepreneurship while creating an app-based business with a team of other budding entrepreneurs.

“The NYC Generation Tech program will once again provide New York City high school students with the knowledge and hands-on experience they need to create a mobile app and a new business,” said NYCEDC Executive Director Kyle Kimball.  “By connecting these promising students with mentorship from some of the City’s top tech entrepreneurs and venture capitalists, we will help to ensure that entrepreneurship in New York City will remain strong and continue to grow in the future.”

“NFTE New York Metro is more excited than ever to be partnering with NYCEDC to launch the second year of GenTech this summer and throughout the school year,” said Terry Bowman, Executive Director of NFTE New York Metro.  “We seek to build programs that give at-risk young people the skills they need to thrive, particularly in a tech-based economy. GenTech helps us to meet many goals at once, including preparing young people to work in New York City’s fast-paced and dynamic tech sector.”

“Last year, I had the chance to see the GenTech students from the very beginning of the program to the very end when I met with the winning team in my office,” said Andy Weissman, Partner of Union Square Ventures.  “GenTech has created a unique opportunity for high school students to learn about technology and the startup space at a young age, access mentors from the NYC tech community, and embody the entrepreneurial spirit. New York City has amazing talent – it’s critical that we show our NYC students that it is possible for them to access and enter the tech startup world and contribute to it for years to come.”

“As a judge during Demo Night last year, I’ve witnessed a level of maturity, vision, and creativity from GenTech students that is far beyond their years,” said Brian S. Cohen, Chairman of New York Angels and CEO of Launch.It.  “I am proud and honored to support this unique program, and look forward to great accomplishments from GenTech students now and in the near future.”

Working in teams, students will be challenged to create a mobile app-based business that improves the quality of education or city life for New York City students.  A group of volunteer Tech Mentors – local tech and business professionals – will coach students throughout the summer on their mobile app development, business plans, and final pitches. These mentorship sessions occur during the evenings and will be held at the offices of New York’s very own tech companies.  Last year’s mentors included representation from Google, AppNexus, Bitly, and Deloitte, as well as startups such as Ontodia, which was the grand prize winner of the NYC BigApps 3.0 competition.

The application process is now open for GenTech, which will begin its bootcamp phase on July 8, and will culminate with a Demo Night and selection of a winner in September.  The grand prize winning team will receive $5,000, while the runners-up will receive $1,000 and other prizes. The deadline to apply is June 7.  The application can be found at www.nycgenerationtech.com.

This year’s program includes the addition of a new hackathon component, in which GenTech participants and approximately 50 additional high school and potentially middle school students will spend an intensive weekend working with developers to build mobile apps.  These hackathons will allow GenTech to reach a broader population of students, and offer them exposure to many of the same components as the GenTech summer program – working with tech professionals, education, and real-world experience.

Judges for this year’s program are still being determined.

The grand prize in 2012 was awarded to SkooBrik, a team that created a mobile app prototype which helps students organize their schoolwork digitally, monitor their grades, and set deadlines with customizable reminders. For their efforts, SkooBrik was awarded $5,000 to be used to further develop their ideas and to fund college and career prospects, as well as a meeting to discuss their app with Andy Weissman, a partner at the venture capital firm Union Square Ventures.

NYC Generation Tech is part of the Bloomberg Administration’s larger efforts to grow the City’s technology sector and promote entrepreneurship across all sectors of the economy. Employment in New York’s technology sector has grown steadily in recent years, with total employment now at more than 120,000. The City has also built partnerships to create three world-class institutions which will dramatically increase New York City’s capacity for applied science and engineering, including a groundbreaking, 2 million square foot tech campus project led by Cornell University and the Technion-Israel Institute of Technology, which will be built on Roosevelt Island.  In addition, partnerships were created with an NYU-led consortium to develop the Center for Urban Science and Progress in Downtown Brooklyn, and a partnership with Columbia University to create a new Institute for Data Sciences and Engineering.

New York City Economic Development Corporation is the City’s primary vehicle for promoting economic growth in each of the five boroughs. NYCEDC’s mission is to stimulate growth through expansion and redevelopment programs that encourage investment, generate prosperity and strengthen the City’s competitive position. NYCEDC serves as an advocate to the business community by building relationships with companies that allow them to take advantage of New York City’s many opportunities. Find us on Facebook or follow us on Twitter, or visit our blog to learn more about NYCEDC projects and initiatives.

Most Popular JavaScript Frameworks in 2020